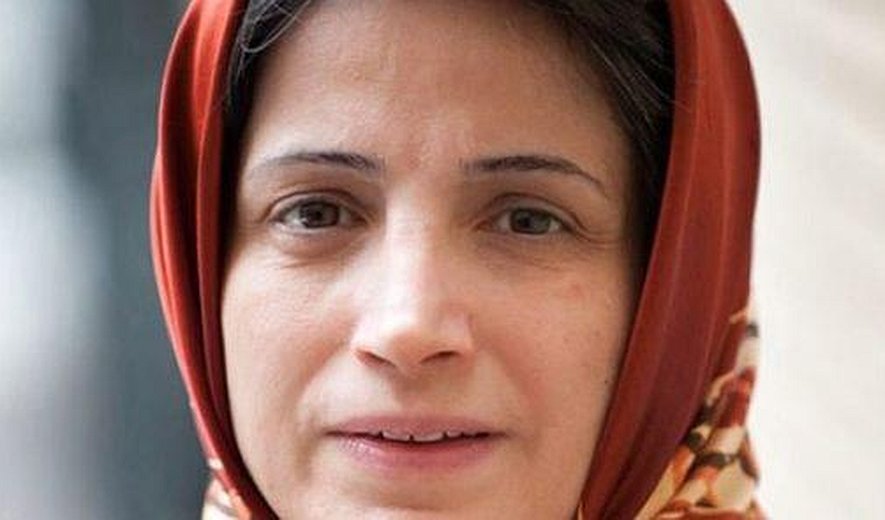 Iran Human Rights, September 18: The prominent human rights lawyer Nasrin Sotoudeh was released from jail on Wednesday along with several other political prisoners who had been jailed in connection with the post-election protests in 2009.

The Opposition website Kaleme (close to Mirhossein Mousavi) reported on Wednesday that seven other women political prisoners had also been released in the previous 24 hours, including the dissident journalist Mahsa Amrabadi, and at least four men, including reformist politicians Feizollah Arabsorkhi, Mirtaher Mousavi and former deputy foreign minister Mohsen Aminzadeh.

Iran Human Rights (IHR) welcomes the release of the human rights lawyer Nasrin Sotoudeh and other political prisoners and urges for release of all prisoners of conscious in the Iranian prisons. Mahmood Amiry-Moghaddam, the spokesperson of IHR said: " We are very glad that these prisoners are released after spending several years behind the bars just of their political and civil activities, but we should remember all the other prisoners of conscious who are still in prison, such as: the Christian Pastor Saeed Abedini, the student leader Majid Tavakoli who was sentenced to 8 years in prison just for expressing his opinions is still in Rajai Shahr Prison of hasn’t had furlough in four years, the activist Hossein Ronaghi is still in prison despite his serious health condition, the five Azeri civil rights activists Latif Hassani, Mahmoud Fazli, Shahram Radmehr, Ayat Mehralibeiglu and Behboud Gholizadeh were recently sentenced to 9 years of imprisonment only for starting an NGO, Five Arab activists Mohammad Ali Amourinezhad, Seyed Jaber Alboshokeh, Mokhtar Alboshokeh, Hashem Sha’bani Nezhad and Hashem Rashedi are still under danger of execution, and the Kurdish prisoners Loghman and Zanyar Moradi who were sentenced to death based on their confessions under torture, are still on the death row, and there are many more".

"We urge the international community and the Iranian civil society to continue their efforts until all prisoners of conscious are released from the Iranian prisons".

"Iranian people’s human rights must be the first priority in any dialogue between the members of the international community and the Iranian authorities", He ended.