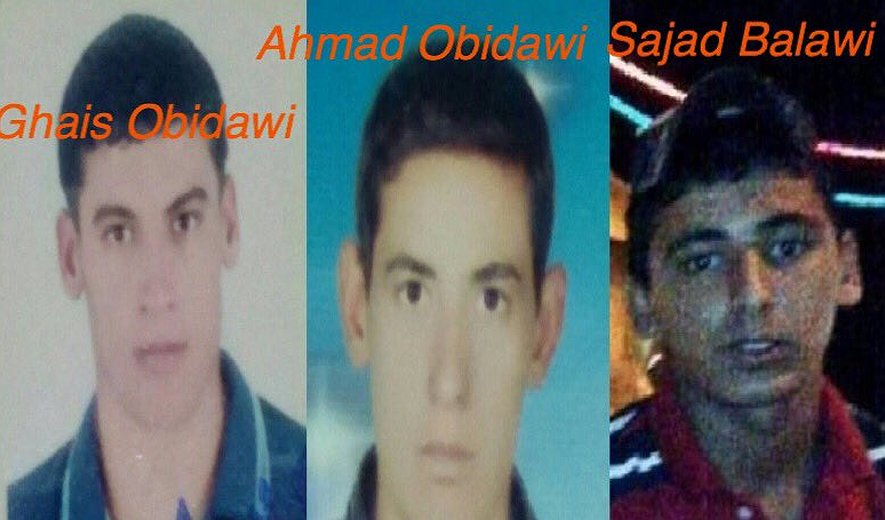 An Iranian official source has confirmed the execution of three young Ahwazi Arab men from the province of Khuzestan (western Iran).

Iran Human Rights (AUG 17 2016): The Iranian state-run news agency, YJC (Young Journalists Club), quoting the public relations department of the Khuzestan Judiciary, has identified the prisoners as: Ghais Obidawi, 25 at time of arrest; Ahmad Obidawi, 20 at time of arrest; and Sajjad Balawi. According to the report, the executions were carried out by Iranian authorities on the morning of Wednesday August 17. Iranian authorities did not announce the location of their executions, but Farhad Afsharian, the head of the Khuzestan Judiciary, had previously told official Iranian media that the executions would likely be carried out in public in the city of Hamidiyeh (Khuzestan province).

"These three people carried out several operations in spring 2015 that resulted in the martyrdom of three police force personnel. Also, they created fear and terror by destroying the seismological center in the Hamidiyeh region, attacking pilgrims, and engaging in terrorist acts," said Amanat Behbahani, an official in the Khuzestan Judiciary. According to unofficial local sources, neither the families or the lawyers were informed about the scheduled executions.

"These three Ahwazi Arab prisoners are victims of the Iranian government's systematic repression in the ethnic regions of Iran. We call on the international community to draw more attention and show strong reaction to the arbitrary executions in Iran, especially the executions carried out in the ethnic regions this month," says Mahmood Amiry-Moghaddam, spokesperson for Iran Human Rights.

Ghais, Ahmad, and Sajjad were reportedly sentenced to death after they were unlawfully arrested and subjected to a nontransparent trial. They were among 20 people who were arrested by Iranian authorities after bullets were shot at a tent belonging to Iranian security guards inside. Most of the detainees were eventually released, but the Ahwaz Revolutionary Court sentenced three of the defendants to death and four others to long prison terms. Their sentences were confirmed by Iran's Supreme Court.