IranReport2020
Share this
Iran's New Head of Judiciary: Execution of Protesters, Journalist and for Alcohol Consumption 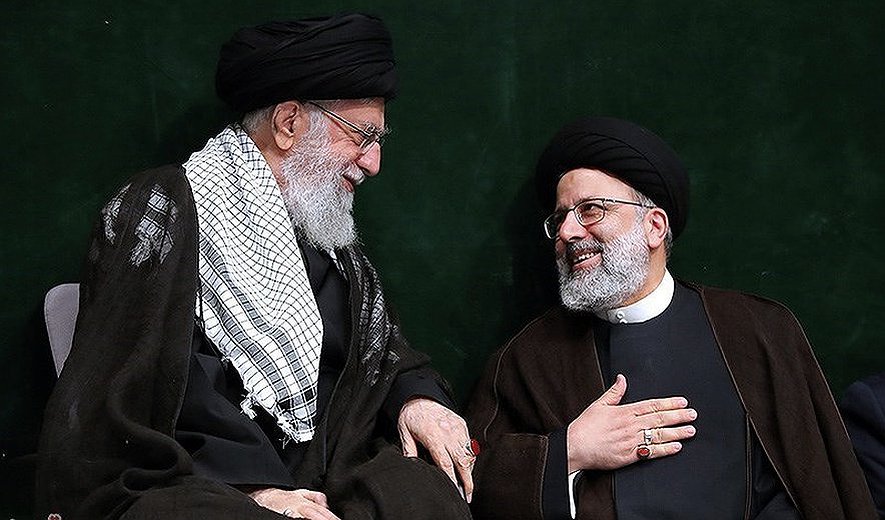 Iran Human Rights (IHR); April 3, 2021: According to Article 156 of the Iranian Constitution: “The Judiciary shall be an independent power that protects individual and social rights”. However, Article 157 of the Constitution undermines the impartiality and independence of the judiciary and states: “The Head of the Judiciary is directly appointed and supervised by the Supreme Leader”, who under the Constitution is the Head of State and has the country’s highest political power.

The 13th Annual Report on the Death Penalty in Iran provides an insight into the executions during the first year of the new Head of Judiciary appointed by the Islamic Republic's leader.

On 7 March 2019, Supreme Leader Ali Khamenei appointed Ebrahim Raeisi as the new Head of Judiciary, replacing Sadegh Amoli Larijani. In his report card of the past three decades, Ebrahim Raeisi holds one of the highest human rights violation records of any previous Head of Judiciary. Though his first appointment in this position, Raeisi has previously held several key positions in the judiciary, including Deputy Head of Judiciary between 2004 and 2014 and Deputy Prosecutor of Tehran in the 1980s and 1990s. His appointment caused major outrage among human rights groups.[1]

Ebrahim Raeisi served on a four-person commission, known as the “death commissions,” during the 1988 prison massacre of political prisoners. Based on an order by the founder and then Supreme Leader, Ayatollah Khomeini, commissions were formed across the country and were responsible for the execution of several thousand political prisoners in the summer of 1988. The prisoners, many of whom had been tried and were serving their prison terms, went through very short interviews (often just one question) with the death committee, who ruled whether they should be executed or not. According to different sources, the death committees were responsible for the executions of 5,000 to 30,000 political prisoners that summer across Iran.

Raeisi served on the death commission responsible for the Tehran region, where the highest number of political prisoners were held. The 1988 extrajudicial prison massacre of political prisoners is considered by many distinguished lawyers and rights organisations as crimes against humanity,[2] and as ongoing crimes against humanity by Amnesty International in 2018.[3]

As the Deputy Head of Judiciary, Ebrahim Raeisi was also involved in the repression that followed the 2009 post-electoral protests including the mass-arrest of thousands of activists, many of whom were subjected to torture and sentenced to long prison terms. Raeisi publicly defended the trials and executions of Arash Rahmanipour and Mohammad Reza Ali-Zamani who were executed on 28 January 2010 for their involvement in the protests.[4] He insisted they were arrested in connection with the protests,[5] while they had been arrested several months prior to the protests.[6]

In his first year in office, there has been a sharp rise in the number of “political” executions. At least two people arrested in the aftermath of the nationwide protests were executed on trumped-up murder charges (Mostafa Salehi and Navid Afkari), one journalist kidnapped and executed for running a dissident news outlet (Ruhollah Zam) and one Kurdish political prisoner executed by firing squad – a rarely used method since the 1980s (Hedayat Abdullahpour). Additionally, for the first time in at least the last two decades, one person was executed after being arrested for alcohol consumption for the fourth time.