According to a report by the human rights news site, Maf News, three prisoners were hanged on drug charges at this prison on Friday July 14. The prisoners were identified as Parviz Tamaripour, Faramarz Asgharzadeh, and Ramin Honareh. The report confirms that Mashallah and Mohammad were also executed on Friday, despite earlier reports that they were executed on Saturday.

These prisoners along with another prisoner by the name of Tohid Amini were transferred to solitary confinement in preparation for their executions. Tohid's execution sentence was not carried out.

Iranian official sources, including the Judiciary and the state-run media, have not announced these five executions. 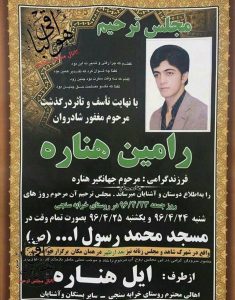 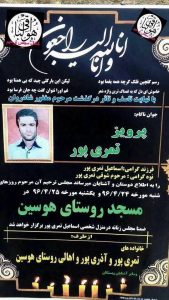 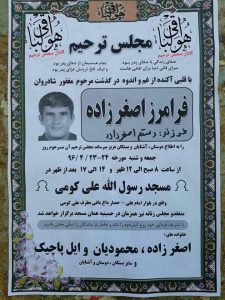