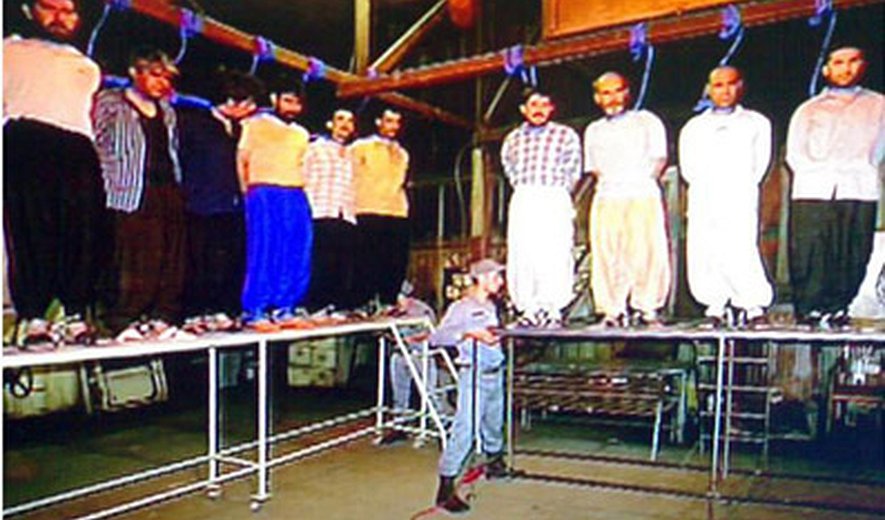 Iran Human Rights, September 25: According to reliable sources in Iran six prisoners were hanged in Rajai Shahr Prison of Karaj (west of Tehran) this morning.

According to this sources three of the prisoners were identified as "Vahid Jahromi" from section 1, "Ali Faramarzi" from section 3 and "Hossein Torabi" from section 6 of the Rajai Shahr Prison and were all charged with murder. Three other prisoners among them one women from Gharchak Prison of Varamin, werealso executed this morning. There is no further information about these prisoners at this moment.

According to the reports published by Iran Human Rights (IHR) at least 54 prisoners among them 4 women and one juvenile offender have been hanged in the month of September.

39 of the executions have been reported by the official Iranian sources.

Iran Human Rights strongly condemns the wave of executions in Iran and urges the international community to react. Mahmood Amiry-Moghaddam, the spokesperson of IHR, said: "We ask the world leaders and the General Secretary of the United Nations to condemn the wave of the executions and demand a stop in all executions in their dialogue with the Iranian President Hassan Rouhani. Death penalty is the worst kind of violence against the society and a violation of the right to life, and unfortunately Iran is on the top of the list of the countries practicing this violence."