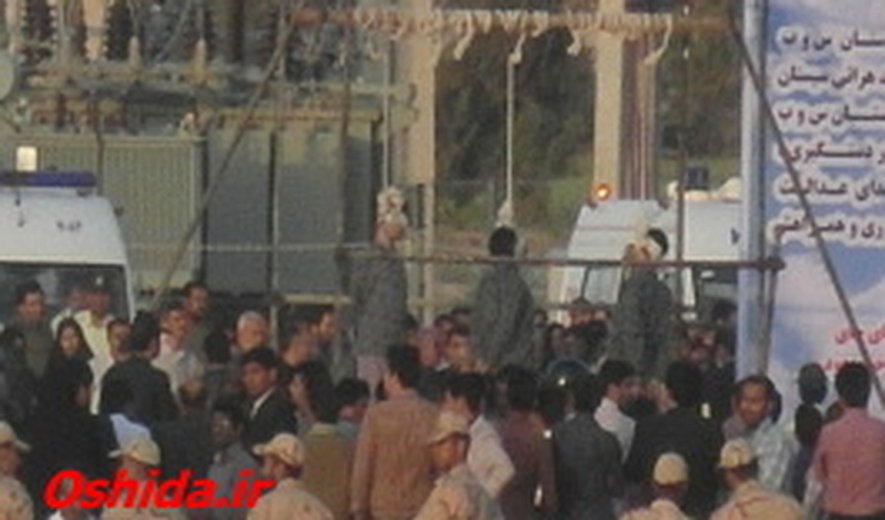 Three prisoners were hanged in the public in the town of Zabol, southeastern Iranian province of Sistan-Baluchistan. The executions were carried out only two months after the trial by the Revolution Court. Iran Human Rights (IHR) strongly condemns today's public executions.    Iran Human Rights, April 26, 2014:  Three prisoners who were charge with the assassination of the prosecutor of Zabol in November 2013, were hanged publicly at the site of the assassination early this morning. According to the state run Iranian news agency Fars, the prisoners were identified as Omid Piri, Iman Galavi, Alireza Dehmardeh.

The prisoners were sentenced by the Revolutionary Court on February 24, and their sentences were approved by the Supreme Court on April 7. IHR strongly condemns today's executions. Mahmood Amiry-Moghaddam, the spokesperson of IHR said: "These prisoners have been subjected to unfair trials and possibly torture, followed by public execution which is an inhumane and brutal punishment meant to spread fear in the society."