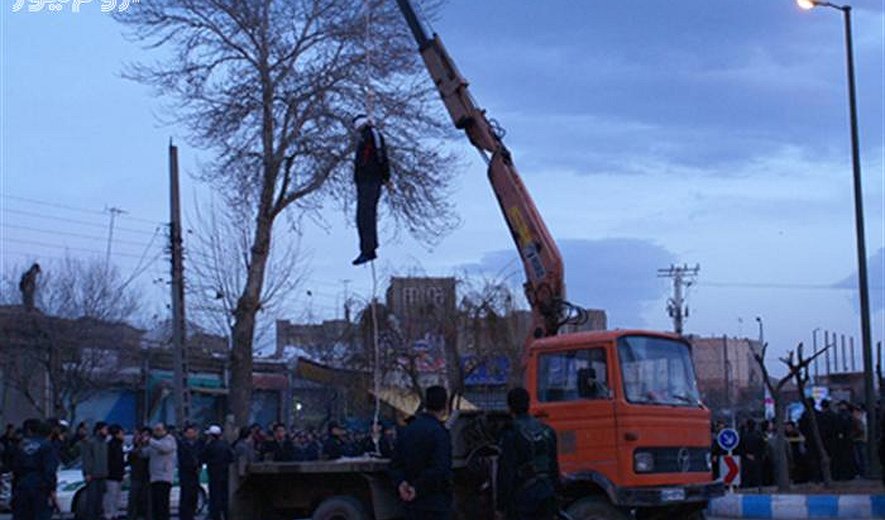 57 prisoners have been executed since August 3 (in less than 3 weeks) in Iran. 13 of the executions have been carried out in public.   Iran Human Rights, August 21, 2014: One man was hanged in public in the city of Qazvin today. The prisoner who was identified as "A.N." was convicted of murdering his 9 year old stepchild, reported the state run Iranian news agency Mehr. Another prisoner was hanged in the Motaheri Square of Khoi (Northwestern Iran) reported the news website Uromnews. The prisoner who was identified by name what charged with rape, said the report. The execution was carried out on Tuesday August 19.