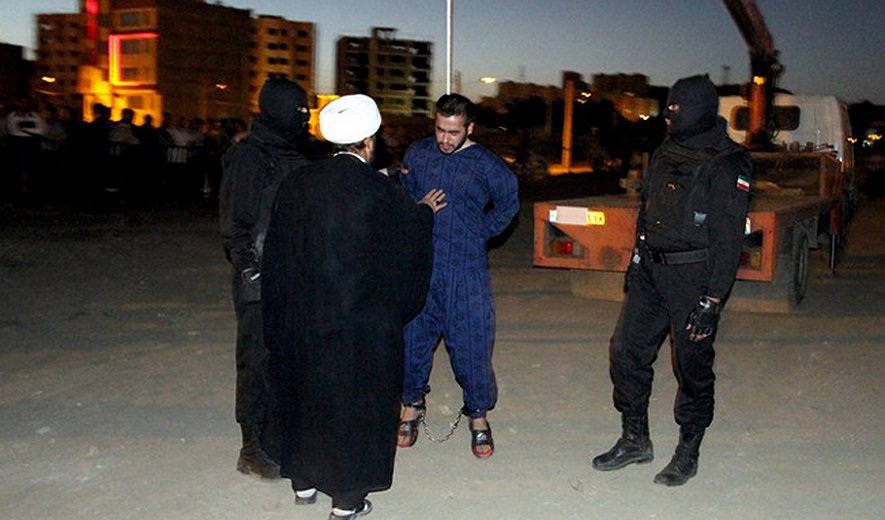 Iran Human Rights, September 10, 2014: Two men were hanged in public in the city of Hamedan (Western Iran) early Wednesday morning September 10, reported the Iranian state media. According to the state run Iranian news agency Fars, the two men were convcted of "Moharebeh" (war against God) and Corruption on earth. Disruption of order, creating fear among the people and attempt to rape are among the charges the men were convcted of, said the report. The news website "Young Journalists Club" reported that the prisoners who were hanged this morning were identified as "Vahid Gh.