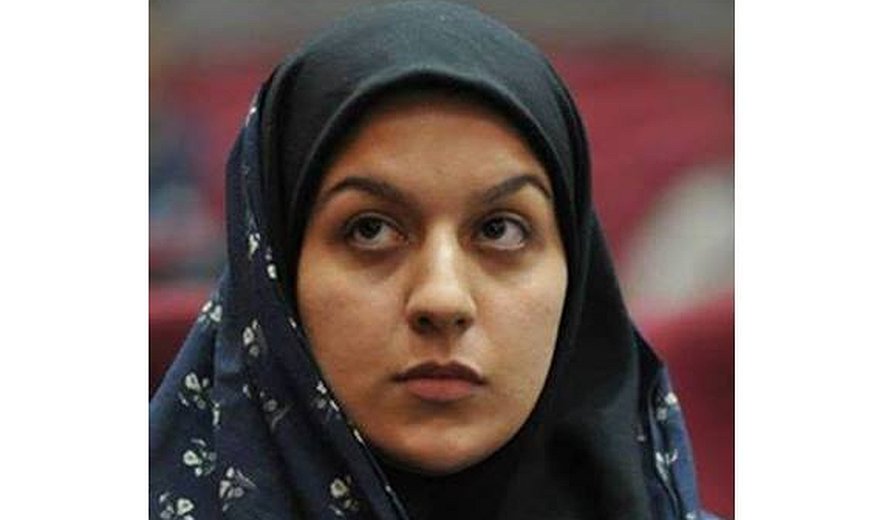 The 26 year old Iranian woman Reyhaneh Jabbari has been transferred to the Rajaishahr prison for implementation of her death sentence. She might be executed already tomorrow morning. Reyhaneh is sentenced to death for the alleged murder of a former ministry of intelligence officer whom she stubbed in self defense seven years ago. Iran Human Rights urges all countries with diplomatic relations with Iran to use all their channels to stop the execution. Iran Human Rights, September 29, 2014:  Sholeh Pakravan (Reyhaneh Jabbari's mother) wrote an hour ago on her Facebook page that her daughter has told her that she is being transferred to Rajaishahr prison and scheduled for execution tomorrow morning.

According to Shole Pakravan, the officials at Rajaishahr prison have confirmed that Reyhaneh's name is on the list of the executions for tomorrow, Tuesday September 30. IHR urges the international community to act immediately in order to stop the execution of Reyhaneh. Mahmood Amiry-Moghaddam, the spokesperson of IHR, said: ” International reactions may be the only possibility to save Reyhaneh. We ask all the countries with diplomatic relations with Iran to use all their channels to stop Reyhaneh’s execution”. Reyhaneh Jabbari, aged 26, was arrested in 2007 for the murder of Morteza Abdolali Sarbandi, a former employee of Iran’s Ministry of Intelligence. Following her arrest, Reyhaneh Jabbari was held in solitary confinement for two months in Tehran’s Evin Prison, where she did not have access to a lawyer or her family. Reyhaneh  confessed that to the murder immediately after her arrest, though she did not have a lawyer present at the time she made her confession. She stated that the murder took place in self-defence. Reyhaneh Jabbari was sentenced to death under  qesas (“retribution-in-kind”) by a criminal court in Tehran in 2009. The death sentence was upheld by the Supreme Court the same year. Her family was told in March 2014 that the sentence had gone for implementation and she was according to unofficial sources scheduled for execution on April 15. But the execution was postponed. So far in 2014 at least 550 people have been executed in Iran.