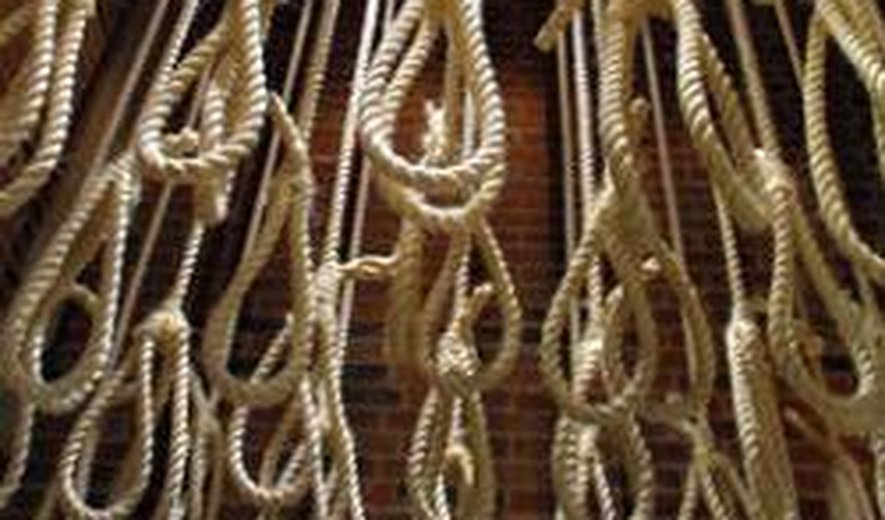 Besides today's executions of 10 prisoners, there are reports about 3 group executions during the last week in Kerman. None of these executions are announced by the official sources. Iran Human Rights, January 25, 2015: Ten prisoners were hanged in the prison of Kerman early Sunday morning 25. January. All the prisoners were convicted of drug-related charges. None of the executions have been announced by the official Iranian sources. According to the reports by reliable sources Iran Human Rights (IHR) has been in contact with eight of the 10 prisoners executed today are identified as: 1) Rahmatollah Mokhtari, 2) Mohammad Shahriari,  3) Ebrahim Abai, 4) Mehri Raeisi, 5) Mansour Behrouzi, 6) Hassan Ramyar, 7) Ghodratollah Roudbari, and 8) Mohammad Karim Morad Zehi.

Names of the two other prisoners are not known yet. The families of the prisoners were informed about the executions and were given the chance to meet them for the last time. According to IHR sources there have been three group executions on Sunday January 18, Tuesday January 20 and Thursday January 22 in the prison of Kerman. IHR is investigating about the details around these executions. In December 2014 IHR reported about the unannounced mass-executions of drug-convicts in the prison of Kerman. Despite the fact that several Iranian officials have announced that they are not happy about the high number of executions for drug-related charges, IHR has noticed a sharp increase in the number of drug-related executions during the past few months.