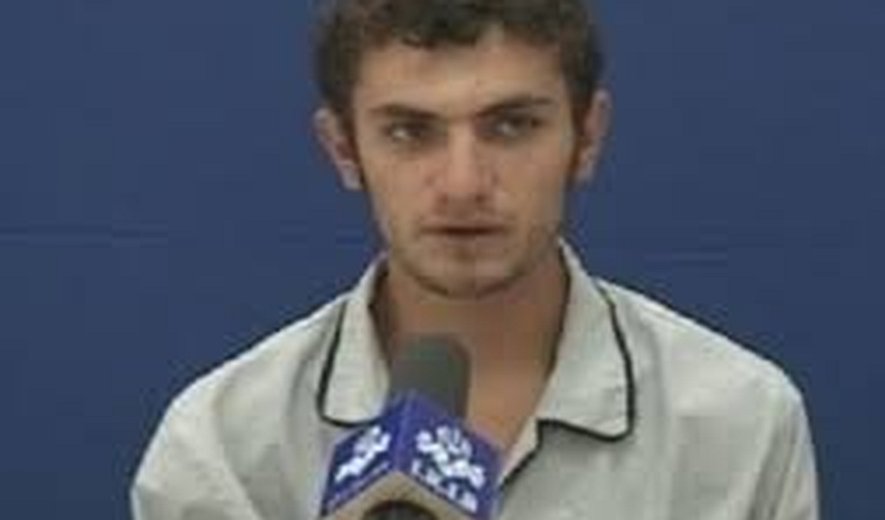 Saman Naseem was sentenced to death in April 2013 by a criminal court in Mahabad, West Azerbaijan Province, for “enmity against God” (moharebeh) and “corruption on earth” (ifsad fil-arz) because of his membership in the Kurdish armed opposition group PJAK, and for taking part in armed activities against the Revolutionary Guards.

His death sentence was upheld by the Supreme Court in December 2013. Has was 17 year old at the time of his arrest.

According to reports Saman Naseem didn't have access to his lawyer during early investigations and according to a letter he wrote from the prison he was tortured, which included the removal of his finger and toe nails and being hung upside down for several hours.

In the letter, Saman said: “During the first days, the level of torture was so severe that it left me unable to walk. All my body was black and blue. They hung me from my hands and feet for hours. I was blindfolded during the whole period of interrogations and torture, and could not see the interrogation and torture officers.” Iran Human Rights (IHR) urges the international community to react in order to save Saman's life. Mahmood Amiry-Moghaddam, the spokesperson og IHR said: "Saman's death sentence is a clear violation of  UN Convention for the Rights of the Child that Iran has ratified and which bans death sentence for offences committed at under 18 year of age. Besides, Saman Naseem has been subjected to torture, forced confession and unfair judicial process. We call on the United Nations and all countries with diplomatic ties with Iran to react before it is too late. International pressure can save Saman's life." Saman Naseem has been subjected to forced confessions on the Iranian TV. According to Amnesty International Saman called his family on 15 February and told them that earlier that day men in plain clothes had taken him to the security department of the Oroumieh Prison. He said the men, who he believed belonged to the Ministry of Intelligence and were carrying cameras and recording equipment, beat him for several hours to force him into making video-taped “confessions”, but he refused to do so.

Saman Naseem was arrested on 17 July 2011 after a gun battle between Revolutionary Guards and the armed opposition group Party For Free Life of Kurdistan (PJAK), in the city of Sardasht, West Azerbaijan Province. After his arrest, he was held in a Ministry of Intelligence detention centre without any access to his family or a lawyer. His family members were not informed of his arrest and first learned about it through a video clip of Saman aired on state TV, in which he “confessed” to taking part in armed activities against the state. Court documents indicate that during the fight, a member of the Revolutionary Guards was killed and three others wounded. In January 2012, Saman was sentenced to death by a Revolutionary Court after being convicted of “enmity against God” and “corruption on earth” because of his alleged membership of PJAK and taking part in armed activities against the Revolutionary Guards. During the trial, he retracted his earlier “confession” and said that he fired into the air and not towards the Revolutionary Guards. He also told the judge he was tortured but he dismissed this and relied on his “confessions” as admissible evidence. His lawyers have been prevented from pursuing his defence. In August 2012, the Supreme Court had overturned the death sentence and sent his case to a lower court for a retrial on the grounds that he had been under 18 at the time of the crimes of which he had been convicted. However, Saman was sentenced to death in April 2013 by a criminal court. The Supreme Court upheld this death sentence again in December 2013. The prison authorities verbally informed Saman that his execution is scheduled for 19 February.
Share this
Follow us on Facebook