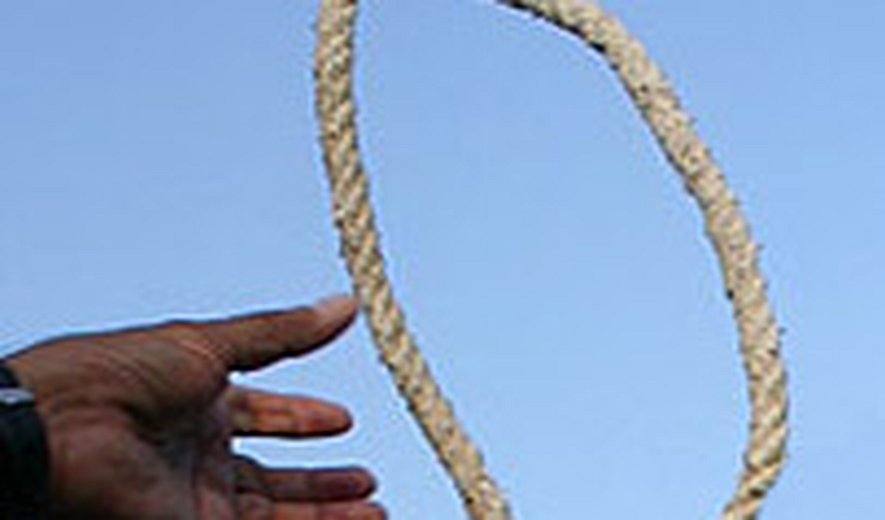 Iran Human Rights, February 18, 2014: Three men were hanged in Rajaishahr prison of Karaj (West of Tehran) early Wednesday morning 18. February. According to sources Iran Human Rights (IHR) as been in contact with two of the prisoners were identified as "Mohammad Naderi" and "Mojtaba Shokohi" from the ward 1 of Rajaishahr prison, while the third prisoner was an unidentified Afghan prisoner from Ghezelhesar prison. Mohammad Naderi and Mojtaba Shokohi were convicted of murdering one Revolution Guard Corps general and sentenced to retribution. These executions haven't been announced by the official Iranian sources yet.

One man was hanged publicly in Shiraz (Southern Iran) yesterday 17. February reported the state run Mehr news agency. He was identified as "M. R. P." and convicted of murder and Moharebeh for armed robbery said the news. An unidentified 66 year old man was hanged in the prison of Mashhad (Northeastern Iran) yesterday 17. February, reported the Khorasan daily newspaper. He was convicted of a murder in 2008 and sentenced to qisas (retribution). Two men were hanged in the prison of Rasht (Northern Iran) on Saturday 14. February reported the official website of the Iranian Judiciary in Gilan Province. One of the prisoners was identified as "M. P." (43 year old) convicted of murder while the other prisoner was identified as "M. B." (34 year old) and convicted of possession and trafficking of 15 kilograms of opium and 4860 grams of crack, said the report.