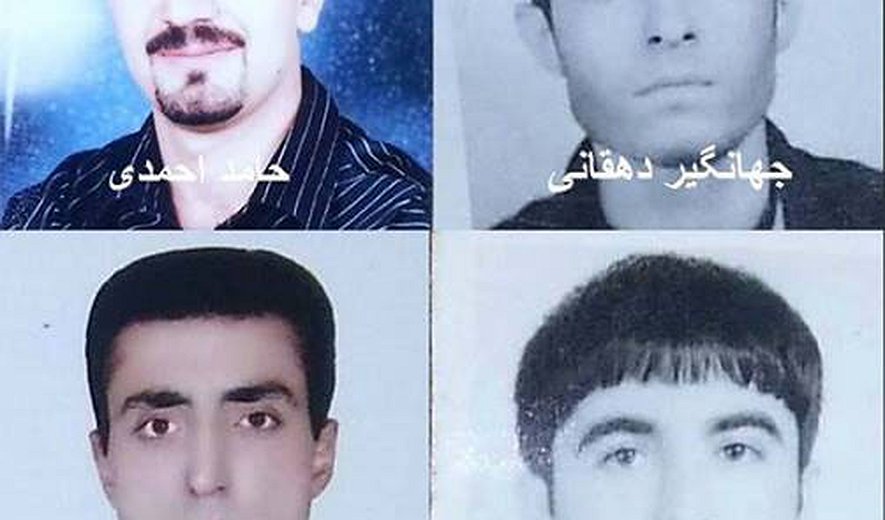 Six death row Kurdish Sunni prisoners have been transferred to an unknown location. Families of prisoners have been asked visit met their loved ones for the last time. Right groups believe the prisoners might be executed within the coming 24 hours. Iran Human Rights (IHR) calls for immediate reaction of the international community and urges the Western leaders meeting with the Iranian Foreign minister today, to put pressure on Iran to stop these unlawful executions. Iran Human Rights, June 14, 2014: Unofficial sources from Iran report that six Sunni Muslim prisoners, Jamshid and Jahangir Dehgani (brothers), Hamed Ahmadi and Kamal Molayee, Sedigh Mohammadi and Hadi Hosseini belonging to the Kurdish ethnic minority in Iran have been transferred out of their prison wards in Rajaishahr prison of Karaj to an unknown location.

According to these reports the prisoners were brutally beaten and taken away while their hands and feet were tied and eyes were blindfolded. Some family members of the prisoners have confirmed to IHR that they have been asked by the prison officials to urgently visit death row family members. One of the family members has been told to come for the last visit. IHR is strongly concerned that the execution of the six Sunni Kurdish prisoners could be imminent. Hamed Ahmadi, Jamshid Dehghani and his younger brother Jahangir Dehghani, Kamal Mo 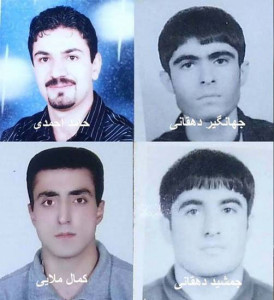 layee, Hadi Hosseini  and Sedigh Mohammadi are among six Sunni Muslim men from Iran’s Kurdish minority who were sentenced to death after being convicted of vaguely-worded offences including  Moharebeh (enmity against God) and “corruption on earth”. IHR calls for a reaction by the international community to save these prisoners. Mahmood Amiry-Moghaddam, the spokesperson of IHR, said: These prisoners have been subjected to ill-treatment, unfair trials and are possibly sentenced to death as part of the Iranian authorities’ crackdown of the Sunni minority in Iran. They are being executed while the Iranian Foreign Minister is meeting with the US  Secretary of States and possibly other Western leaders in Switzerland. We ask the international community to use all the channels in order to stop the executions. The world must show that their dialogues with the Iranian authorities also benefits the human rights".    Background: Jamshid and Jahangir Dehgani (brothers), Hamed Ahmadi and Kamal Molayee were arrested in 2009. They were accused along with six others of involvement in the assassination of a senior Sunni cleric with ties to the Iranian authorities. They have denied any involvement, saying that their arrest and detention preceded the assassination by several months. They were sentenced to death by the branch 28 of the Revolutionary Court in Tehran, convicted of “Moharebeh” (enmity against God) and “acts against the nation’s security”. Their trial lasted about 10 minutes and they haven’t seen their lawyer, according to sources who have been in contact with Iran Human Rights (IHR). The six other prisoners were executed in December 2012, but the death sentences of the four prisoners were postponed. Their execution was scheduled to be carried out in on September 25, 2013, and June 15, 2014,  but it was postponed possibly due to the international attention. In 2014 more than 19 human rights group called on the Iranian authorities to stop the execution of 33 Sunni prisoners.