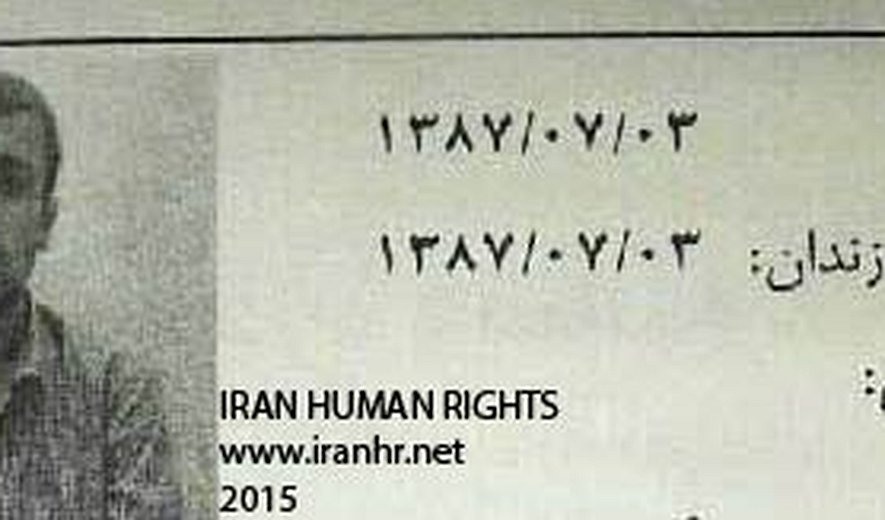 Iran Human Rights, May 3, 2015: On April 16. Iran Human Rights (IHR) reported about execution of a minor offender in Iran. According to IHR’s sources five prisoners were hanged in the Rajaishahr prison of Karaj (west of Tehran) early Wednesday morning April 15. All of the five prisoners were convicted of murder. One of the prisoners, identified as Javad Saberi, was reportedly sentenced to death for a murder he had committed when he was under 18 years of age. Javad Saberi had a serious mental illness and had stayed at “Amin Abad” mental hospital, according to these sources.

IHR has received information confirming that Javad Saberi was 17 year and 10 months of age when he was arrested for an alleged murder. According to this information Javad Saberi's date of birth was: 6. November 1990,  and date of arrest was: 24. September 2008. Besides being sentenced to death (qesas, retribution) for murder, he was also sentenced to 30 lashes for possession of 20 centigrams of the narcotic drug crystal. His flogging sentence was implemented on June 16, 2013. Iran is among the few countries in the world imposing death sentence for offences committed at under 18 years of age. According to IHR's annual report on the death penalty, at least 14 juvenile offenders were executed in 2014 Iran.