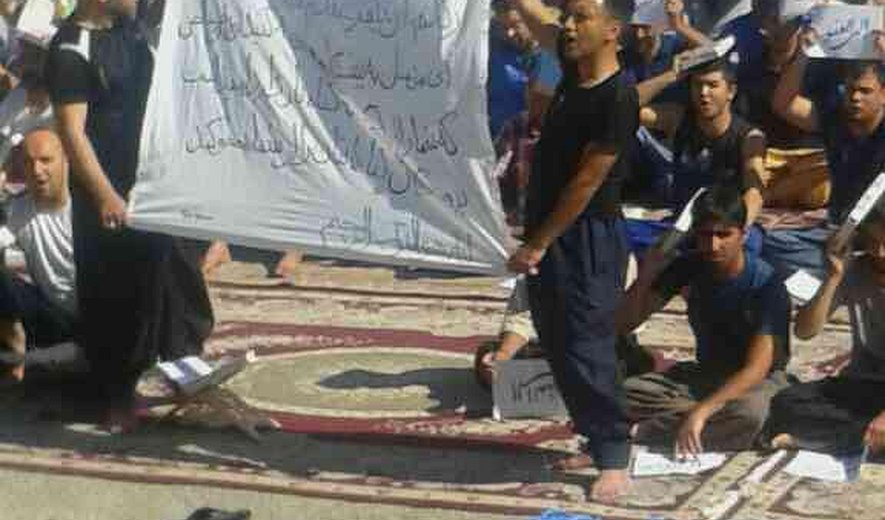 Less than a week after execution of 22 prisoners in Ghezelhesar prison of Karaj, 13 other death row prisoners have been transferred to the prison's quarantine for execution.  Iran Human Rights, May 30, 2015: 13 prisoners are scheduled to be executed in the Ghezelhesar prison of Karaj, the coming two days according to Iran Human Rights' sources today. All the prisoners are from Unit 2 of the prison and sentenced to death for drug-related charges. The reports say that the prison authorities had to use the prison's spacial guard to transfer the prisoners due to their resistance. Several prisoners were injured by the guards. One prisoner stubbed another prisoner to death in order to postpone the execution.

It is well known that when a prisoner who is sentenced to death for drug charges is commits a murder his death sentence for drug charges is postponed since "qisas" (retribution in kind) is given higher priority. Iran Human Rights (IHR) once again calls for the international community's reaction to the mass-executions of the Ghezelhesar prison. Mahmood Amiry-Moghaddam, the spokesperson of IHR said: "The situation among the death row prisoners of Ghezelhesar prison is desperate and needs the urgent reaction of the world community"- "It is a shame that the international community is watching these mass executions without showing any reaction." In addition to the prisoners who were transferred for execution today, 44 other prisoners have been executed in the same prison in less than one month. --------------------------- Voice of one of the death row prisoners in Ghezelhesar prison- English subtitles after 30 seconds- https://youtu.be/4VHsixYV02k