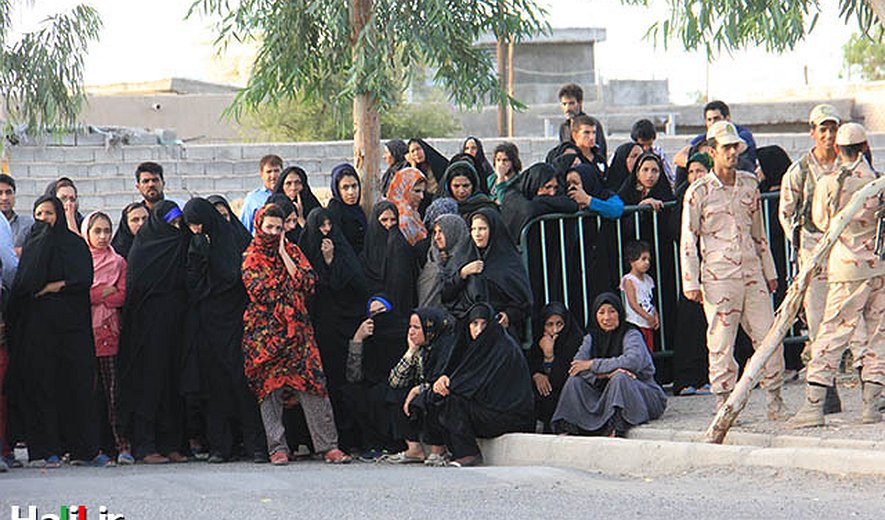 Iran Human Rights, June 1, 2015: Iranian state media reported about the public execution of a man in the city of Jiroft (southeastern Iran) on Monday June 1. The man who was not identified by name was charged with kidnapping and sexual intercourse with a 10 year old girl.  The pictures published by the state media show a crowd including several children watching the public execution.

The Iranian daily newspaper Khorasan reported about the execution of one prisoner in the Vakilabad prison of Mashhad (Northeastern Iran). The man who was not identified by name was charged with murder. The execution was carried out on Wednesday May 27, said the report. The Human Rights News Agency (HRANA) reported about execution of four prisoners in the prison of Urmia (Northwestern Iran) early Monday morning June 1. The prisoners who were all convicted of drug-related charges were identified as "Ardalan Rahdar", "Mohammad Rashid Rahdar", "Habib Rahdar" and "Shirzad Rashidi". Three of the men were cousins. The four executions of Urmia have not been announced by the official Iranian sources yet.