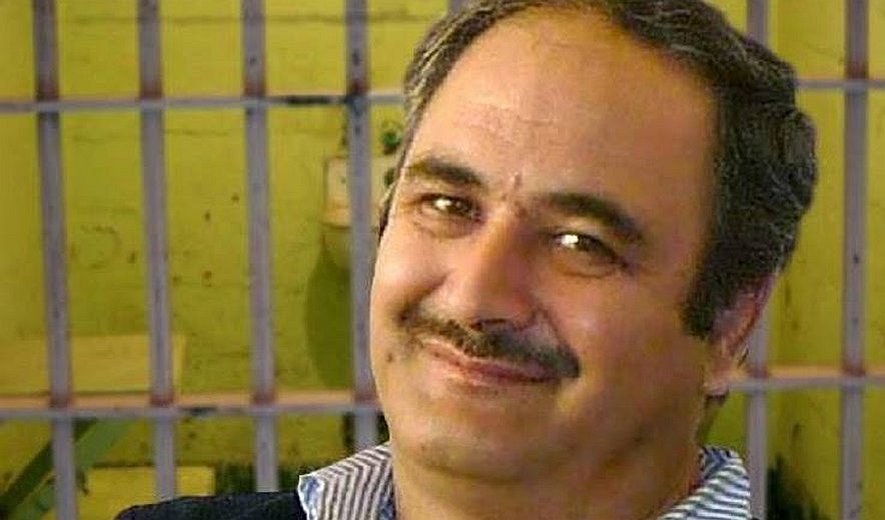 Prisoners held in the same ward as Shahrokh Zamani reportedly found him lying dead on the bed in his cell with bruises on his body and blood coming out of his mouth.

On the afternoon of Sunday September 13, prisoners held in the same ward as Shahrokh reportedly found the 52-year-old political prisoner lying dead on the bed in his cell with bruises on his body and blood coming out of his mouth. He was reportedly transferred to the prison's medical area where the resident doctor declared the cause of his death to be a stroke.

Shahrokh was arrested in 2011 for attempting to form a labor union. He was sentenced to eleven years in prison exile by Iran's Revolutionary Court. During his imprisonment, Iranian authorities deprived him of his right to temporary prison leave (furlough) to attend his daughter's wedding and also his mother's funeral.

While traveling home with this son's lifeless body, Shahrokh's father spoke to Iran Human Rights: "My son had no previous medical conditions, he was completely healthy. Today, when we went to retrieve Shahrokh's body, the prison doctor told us that the reason for his death was a stroke."

One of the prisoners in the same ward as Shahrokh tells Iran Human Rights: "He was very lively and exercised a lot. He paid close attention to his health and watched his diet."

.A physician linked to Shahrokh's case tells Iran Human Rights anonymously, "Strokes normally occur in people over the age of 60 and usually in people suffering with diabetes or issues with blood pressure. There must be an investigation launched into why a person with no prior medical condition died suddenly from a stroke."

Zamani, like most political prisoners in Iran, was tried in a nontransparent and unfair court and deprived of his fundamental rights; namely his right to medical access and care. According to close sources, medical neglect may be associated with the cause of Shahrokh's death. Close sources suggest that the union activist's death is suspicious and must be investigated.

Iran Human Rights asks Juan Mendez, the United Nations Special Rapporteur on Torture, and Seong-Phil Hong, the Chairperson of the United Nations Working Group on Arbitrary Detention, to launch an independent investigation into the suspicious death of Shahrokh Zamani and the numerous others who have died in the past several years during imprisonment. We call on Mr. Mendez and Mr. Hong to place pressure on Iranian authorities to allow them access to Iranian prisons, prisoners and their families.

"Aside from the illegal and unfair actions Iranian authorities continue to take against union activists, the broader issue here is that a political prisoner has died in detention. This issue should not be ignored by the international community," says Mahmood Amiry-Moghaddam, the spokesperson for Iran Human Rights.