Ahmed Shaheed, report2015
Share this
Upgrading business relationship with the Iranian authorities must be conditioned on restriction of the use of the death penalty. 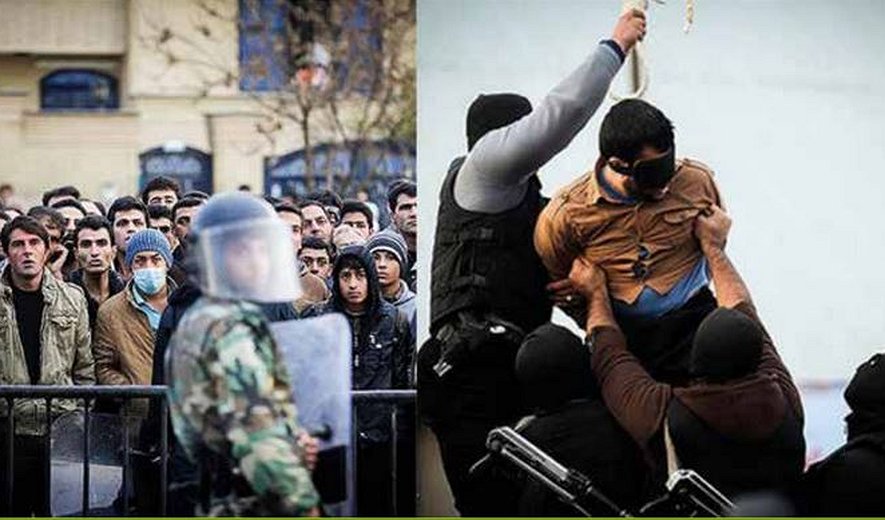 The full English report was published on Monday March 14 and can be downloaded here.

Iran Human Rights (MAR 14 2016): IHR's 8th annual report on the death penalty reveals 2015 to be one of the darkest years in the Islamic Republic of Iran's history. However, the horrifying death penalty record has not had an impact on relations between the Islamic Republic of Iran and the West. The numbers presented in IHR's report are in line with the numbers presented by Ahmed Shaheed, the United Nations Special Rapporteur on the human rights situation in Iran.

On average between two and three people were hanged every single day in Iran; juvenile offenders, women, political prisoners, and alleged drug offenders were among them. That's at least 969 executions in 2015, the highest annual number in more than 25 years. 66% of the executions were for drug offenses, even though Iranian authorities have admitted multiple times in the past that the death penalty has not decreased the volume of drug crimes in Iran. 2015 was also the year when the Islamic Republic of Iran emerged out of several years of isolation. Following the nuclear agreement between Iran and the P5+1 group, sanctions were lifted and the diplomatic climate between the Islamic Republic and the West improved significantly. Currently there are hundreds of European companies preparing to resume business in Iran.

Although the reaction of the international community to the wave of executions has not been adequate, there have been some encouraging signs inside Iran with activists and civil society leaders coming together to stand against the death penalty. In particular the forgiveness movement is rising in Iran. According to the annual report, the number of victims who chose forgiveness was higher than those who asked for a retribution death sentence  for the murder convict.

The annual report explains how the charges issued by Iran's Judiciary are unfair, the use of torture to coerce confessions is widespread, and in some cases the charges against the prisoners were fabricated.