report2015
Share this
To date, there has been no indication that President Rouhani or his government opposes the executions in Iran. 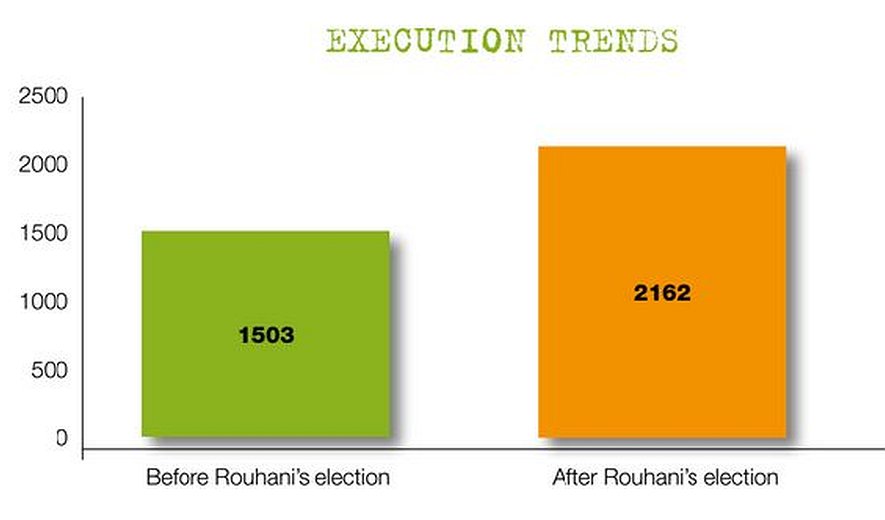 Most of the executions carried out in Iran have been for drug related offenses. The Iranian authorities claim that many of those sentenced to death for drug related charges are involved in organized armed smuggling. However, there is an overall lack of transparency in the Iranian judicial process, those convicted of drug-related charges were tried by the revolutionary courts behind closed doors, and most of those executed are not identified by name. IHR and other human rights groups received many reports of unfair trials and confessions under torture. Investigations by IHR indicate that most of the individuals who were executed in Iran on drug related charges were not involved in armed drug smuggling, did not have access to a fair trial or a just investigation, and were denied access to a lawyer. Witness statements given to IHR indicate that people arrested and accused of possession or trafficking of drugs, are systematically tortured in the detention centres until they give a confession.

In a rare interview in November 2015 with an Italian publication Hassan Rouhani defended executions in Iran: “Most executions in Iran are related to drug trafficking crimes...If we abolish the death penalty, we would make it easier for drugs to enter European countries, and that would be dangerous for you." This response was almost echoed by Javad Zarif in a hearing at the European Parliament in February 2016: "Iran captures and seizes 85% of the total amount of opium seized in the world..." In the same speech Mr Zarif also claimed that anti-narcotics enforcement actions in Iran are carried out honestly and responsibly.