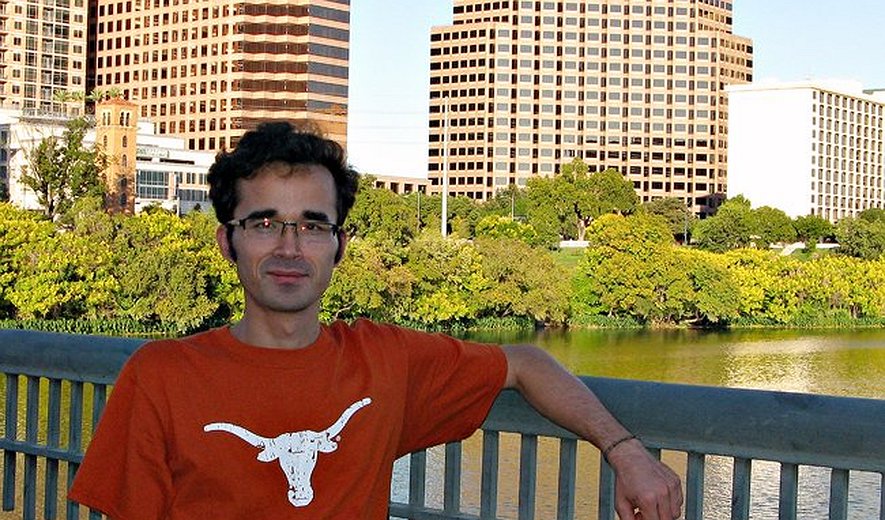 Iran Human Rights (APR 16 2016): The lawyer for imprisoned Iranian physicist Omid Kokabee has announced to ILNA, a state-run Iranian news agency, that his client has been diagnosed with kidney cancer and requires immediate treatment.

Kokabee was doing his postdoctoral studies at the University of Texas when he returned to Iran to visit his family. He was reportedly arrested by Iranian authorities in January 2011 and held in solitary confinement for more than a year where he was subjected to interrogations and torture. In May 2012, an Iranian court sentenced Kokabee to 10 years in prison during an unfair trial that lacked due process. 34-year-old Kokabee is currently held in Evin Prison and is deprived of his basic prisoner rights.

Amnesty International recognizes Omid Kokabee as a prisoner of conscience who is "held solely for his refusal to work on military projects in Iran and as a result of spurious charges related to his legitimate scholastic ties with academic institutions outside of Iran." In September 2013, the American Physical Society awarded its Andrei Sakharov Prize to Omid Kokabee for "his courage in refusing to use his physics knowledge to work on projects that he deemed harmful to humanity, in the face of extreme physical and psychological pressure."

In 2014, Kokabee was reportedly denied medical care by Iranian authorities after he had complained about pain in his kidneys. "Mr. Kokabee has been unlawfully deprived of his freedom and subjected to inhumane treatment in Iranian prisons. Iranian authorities are responsible and must be held accountable for Mr. Kokabee's life," says Amiry-Moghaddam.