18 Civil Rights Defenders in Iran Sentenced to Prison and Lashings 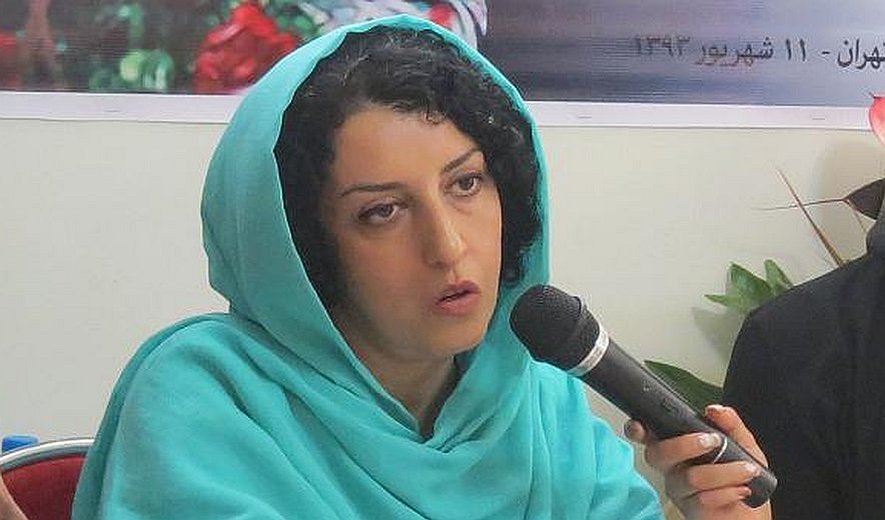 An Iranian Court has sentenced the prominent human rights defender Narges Mohammadi to 16 years in prison. She was sentenced to 10 years in prison for her peaceful anti-death penalty activities with the Campaign "LEGAM" (Step by step for abolition of the death penalty). Iran Human Rights (IHR) calls for immediate international reactions. Mahmood Amiry-Moghaddam, the spokesperson of IHR, said: " Despite President Rouhani's promises of respecting civil rights, Iranian authorities' tolerance for peaceful civil activities is record low".

Iran Human Rights (MAY 19 2016): Branch 15 of Tehran Revolution Court under Judge Salavati has sentenced Narges Mohammadi to a total of 16 years of prison. She was sentenced to 10 years in prison for the charges of "founding the illegal group of LEGAM" (Step by step towards the abolition of the death penalty), five years for "assembly and activities against the national security" and one year for "propaganda against the establishment".

Narges Mohammadi's husband Taghi Rahmani told IHR: "According to the judge, the verdict was written by the Ministry of Intelligence and just issued by the judge. Narges has been sentenced to 16 years in prison, 10 years of which can be implemented (according to article 134 of the penal code). Narges was never the founder of LEGAM, but just a member. The fact that the Judge has sentenced her to 10 years in prison for founding LEGAM shows that the judge is not independent and this is a purely political verdict without any legal value."

Narges Mohammadi was previously sentenced to 11 years in prison for her human rights activities, but was released on bail in July 2012 due to poor health conditions. She came under intensive attack by the state-run media and summoned several times for interrogation following a meeting with Catherin Ashton in March 2014. She was again arrested in May 2015 after she was summoned by the Branch 15 of Tehran Revolutionary  Court under for the charges she was sentenced to 16 years imprisonment yesterday.

IHR strongly condemns the illegal verdic issued for Narges Mohammadi. Mahmood Amiry-Moghaddam said: " We call on the EU, UN and all countries with diplomatic relations with Iran to demand Narges Mohammadi's immediate release". He added: "The fact that peaceful activities against the death penalty are sentenced to 10 years in prison shows that the Iranian authorities consider the death penalty as an important tool for their survival".