Freedom of expression, ayat mehrali beigloo, mohammad sedigh kaboudvand, prison hunger strike, journalists in prison, rasoul razavi, Ehsan Mazandarani, freedom of speech, afshin baimani, imprisoned journalists, mohammad abdollahi, heshmatollah tabarzadi
Share this
We call on the international community to not allow the lives of these political prisoners to be endangered for expressing their opinion and exercising their fundamental right to freedom of speech and expression. 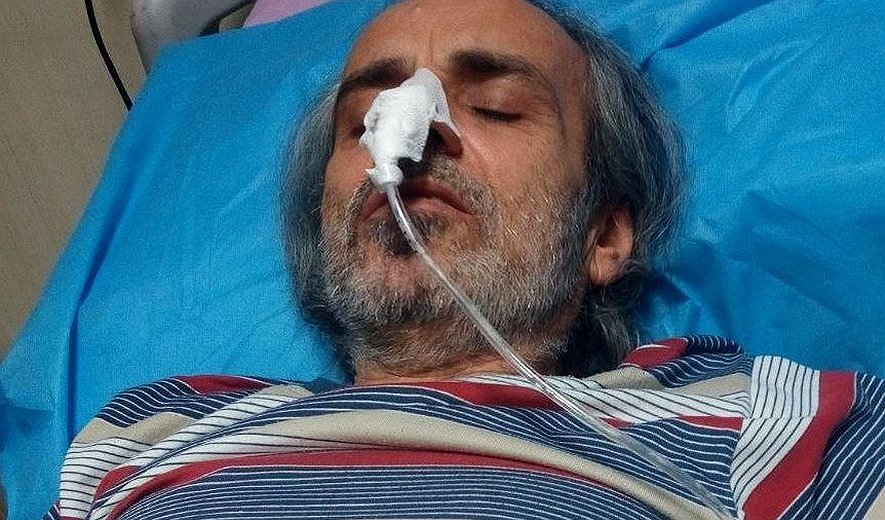 Iran Human Rights (June 9 2016): There are several political prisoners in Iran who are currently on hunger strike, including: Mohammad Sedigh Kaboudvand, Heshmatollah Tabarzadi and Ehsan Mazandarani.

According to close sources, Mohammad Sedigh Kaboudvand, a prominent journalist and human rights activist, has been on hunger strike since May 8, 2016 in protest to a new case file was opened against him when his current 10-year prison sentence was drawing to an end. Iranian authorities have reportedly informed Mr. Kaboudvand that he is charged with "spreading propaganda aganst the system" from inside prison. He is currently awaiting sentencing.

Mr. Kaboudvand, who has reportedly been on hunger strike for about one month while suffering from heart and kidney problems, was recently hospitalized after his health had rapidly deteriorated. Despite his poor health and urgent need for medical care, Iranian authorities have transferred Mr. Kaboudvand back to prison after a short stay at the hospital.

Heshmatollah Tabarzadi, a political activist, was arrested by Iranian authorities about 20 days ago. There are reports that he is currently on hunger strike protesting his imprisonment. Ehsan Mazandarani, an imprisoned journalist, has been reportedly on hunger strike for more than 20 days now, and there are serious concerns about his health.

Iran Human Rights (IHR) calls for the immediate release of Mohammad Sedigh Kaboudvand and all political prisoners and prisoners of conscience in Iran who are unlawfully detained. "We call on the international community to not allow the lives of these political prisoners to be endangered for expressing their opinion and exercising their fundamental right to freedom of speech and expression," says Mahmood Amiry-Moghaddam, spokesperson for Iran Human Rights.