Iran: Life of political prisoners on hunger strike in danger

arash sadeghi, Hossein Rastegari Majd, saeed shirzad, Evin Prison, Nizar Zakka, morteza moradpour, prisoners on hungeer strike in Iran, hunger strike
Share this
Prisoners go on hunger strike when there is no other way to raise their voices about the unfair and unlawful conditions they are subjected to. 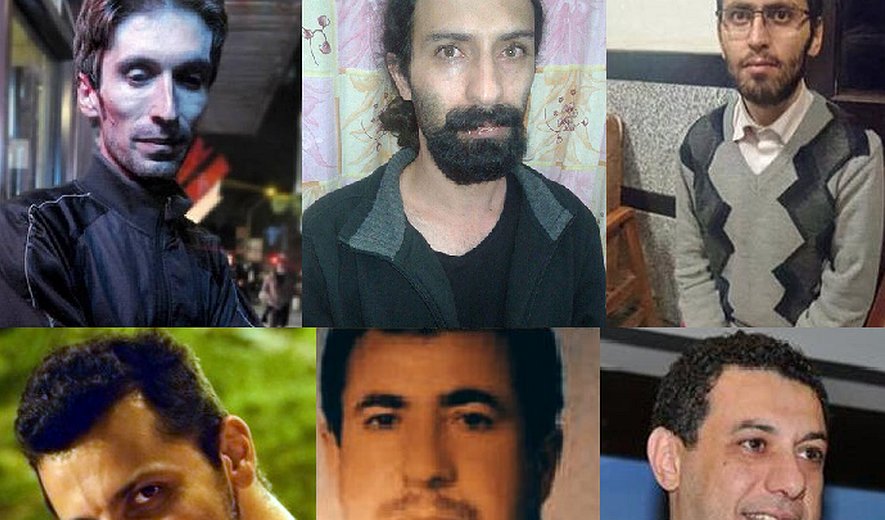 Among them are Arash Sadeghi and Morteza Moradpour, who have both been on hunger strike for the past two months - their lives are in serious danger.

Iran Human Rights (IHR) condemns the imprisonment of individuals for exercising their basic citizen rights and is deeply worried about the condition of political prisoners on hunger strike. IHR calls for the immediate release of all individuals who are imprisoned solely for expressing their views and opinions.

"Hunger strike is a desperate act and the last option for the prisoner to be heard. Prisoners risk their health to go on hunger strike in order to draw attention to the unfair and unlawful conditions they are subjected to. We call on the international community, especially the European Union and the United Nations High Commissioner for Human Rights, to take action for the prisoners on hunger strike before it is too late," says Mahmood Amiry-Moghaddam, spokesperson for Iran Human Rights.

Mr. Sadeghi is a civil rights defender who is currently held in ward 8 of Evin Prison. He has been on hunger strike since October 24 when his wife, Golrokh Iraee, was arrested by Iranian authorities. Mr. Sadeghi has reportedly vowed to remain on hunger strike until Ms. Iraee is released from prison. Arash Sadeghi is sentenced to a total of 19 years in prison for his peaceful civil rights activism and Golrokh Iraee is sentenced to seven years in prison.

Mr. Moradpour is an Azerbaijani prisoner of conscience who has been on hunger strike since October 25 in protest against the violation of his right to fair due process.

Mr. Shariati is a political prisoner who has been on hunger strike in Evin Prison since October 31 in protest against his imprisonment. According to close sources, Mr. Shariati was recently taken to the prison's clinic after his health had severely deteriorated. Iranian authorities have reportedly denied Mr. Shariati of his right to prison visits, phon calls and access the courtyard for fresh air.

Mr. Shirzad is a civil rights defender who is held in hall 12 of Rajai Shahr Prison (Alborz province, northern Iran) sewed his lips shut on December 7 and started a hunger strike in protest against prison conditions. In a recent letter Mr. Shirzad wrote from prison he cited the following as conditions for ending his hunger strike: removal of the cancer-causing jamming devices intended to block out Internet and phone signals, removal of the steel bars blocking the windows in prison cells, respecting the right of prisoners of conscience and political prisoners to phone calls, and give immediate attention to the medical conditions of ailing prisoners.

According to the human rights news agency, HRANA, Mr. Zakka is a Lebanese citizen who is on hunger strike in Evin Prison.

According to HRANA, Mr. Rastegari Majd is a Turkish citizen who is on hunger strike in Urmia Prison.