iran human rights, iran executions, public executions
Share this
The Center for Democracy and Human Rights of Kurdistan has identified the prisoner as Davoud Hajizadeh. 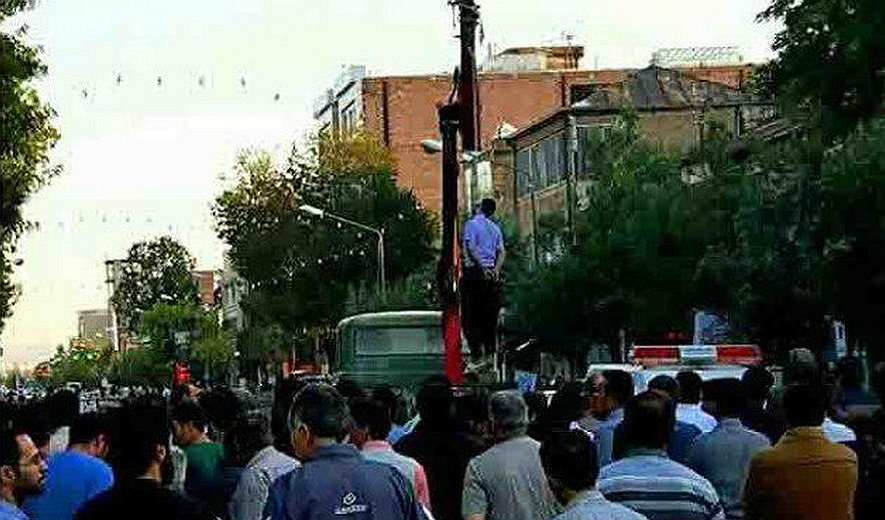 A prisoner was hanged in public in the West Azerbaijan province while a crowd of people watched.

Iran Human Rights (SEPT 14 2017): A prisoner was hanged in public in Salmas County (West Azerbaijan) in front of a crowd of people. According to a report by the state-run news agency, Javan, the public execution was carried out on the morning of Thursday September 14. This report did not identify the prisoner's name, but the Center for Democracy and Human Rights of Kurdistan has identified the prisoner as Davoud Hajizadeh.