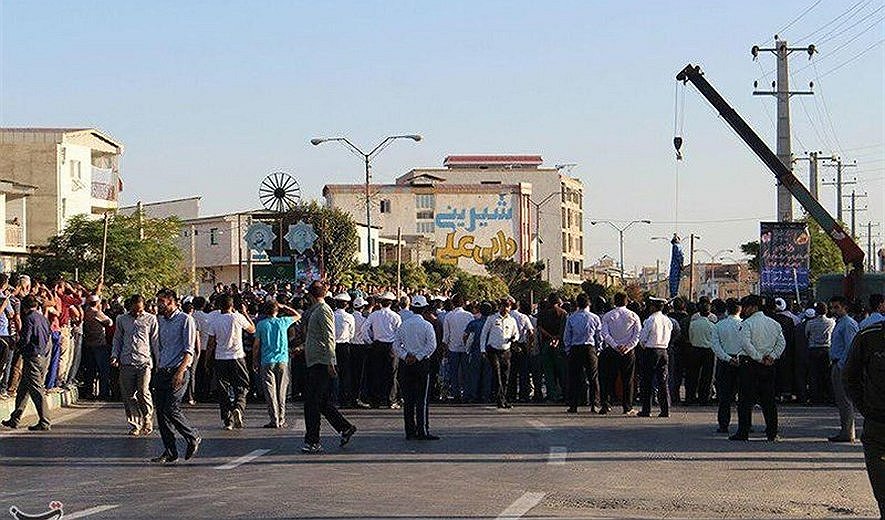 An unidentified man was hanged in public on murder charges.

Iran Human Rights (SEPT 21 2017): An unidentified prisoner was reportedly hanged in public on the charge of murder of a police officer. The public execution was carried out on Wednesday September 20 in the province of Golestan.

According to the state-run news agency, Tasnim, the prisoner was arrested and sentenced to death last year. "This individual was sentenced to death on the charges of extortion, armed shooting and creating a state of fear and terror in society. He had wounded five police officers, and one of these officers, whose name is  Hussein Deilam Katouli, was killed," says the head of the Judiciary in Golestan. The prisoner's name was not released in any of the state-run news reports.