Zahedan, Prisoners, Baluch Activist
Share this
Before he disappeared, Emadoddin had told his family that Iraj Nourbakhsh, the prison warden, had threatened him. 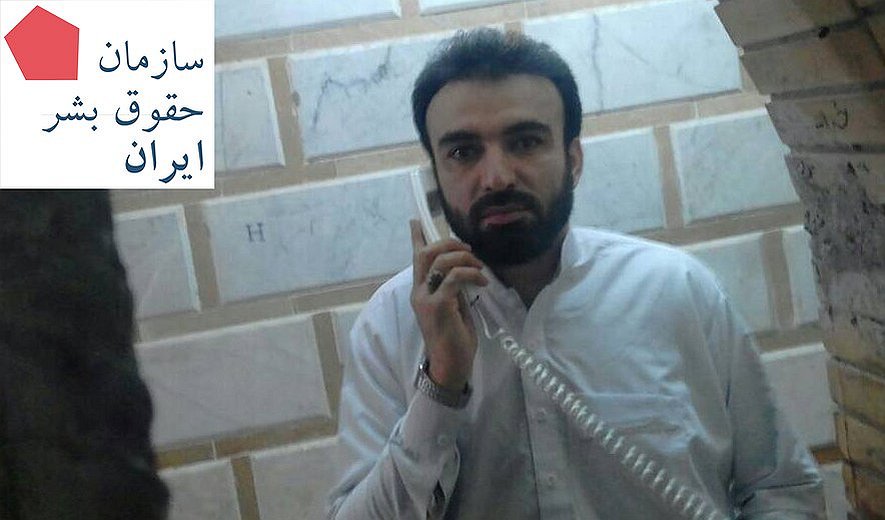 Iran Human Rights (Mar 30, 2018): Close sources stated that the civil activist, Emadoddin Mollazehi, who has been in Saravan Prison since 2016, has been taken away from the general ward by the guards and there has been no news about him ever since.

A close source told IHR, “The prisoners in Saravan Prison informed us that Emad was taken away. Some say that he’s been transferred to Zahedan Prison and kept in solitary confinement. There is no reliable information and his family members are very concerned.”
Before he disappeared, Emadoddin had told his family that Iraj Nourbakhsh, the prison warden, had threatened him.
Emadoddin Mollazehi was once arrested in 2009 and was kept in prison until 2013 without being charged. After he was released, the Ministry of Intelligence pressured him to cooperate with them, but he refused.
According to his relatives, Emadoddin Mollazehi was in Saravan on December 21, 2016. The agents of the Ministry of Intelligence opened fire on his friends’ car and killed one of them and arrested the three other passengers.
Mollazehi’s relatives believe that the agents wanted to kill Emad who wasn’t in his car. Since they had no excuse for killing the passenger, they tortured the other three prisoners to extract false confessions from them. According to the same source, the prisoners were made to make confessions in front of a camera after 20 to 30 days of torture.
Emadoddin Mollazehi was sentenced to 10 years in prison on the charge of acting against national security in the first trial. One of his friends received a similar sentence, and the other one was released.
Emad’s verdict was once rejected in the Appeal Court. The next judge was Judge Fathinejad, but after a few court sessions, the Ministry of Intelligence had the case handled by another judge named Judge Saber Sadeqi. He sentenced him to 10 years in prison, but it hasn’t been approved by the Appeal Court yet.
According to a close source, "revealing the identity of the Ministry of Intelligence’s informants, civil activities and giving information about prisoners and helping Sunni prisoners" were the reasons Emadoddin Mollazehi was arrested.
His relatives believe that he is being tortured to make false confessions.