Juvenile, offenders
Share this
Mohammad Kalhor’s lawyer confirmed that his client was only 15 at the time of the crime. 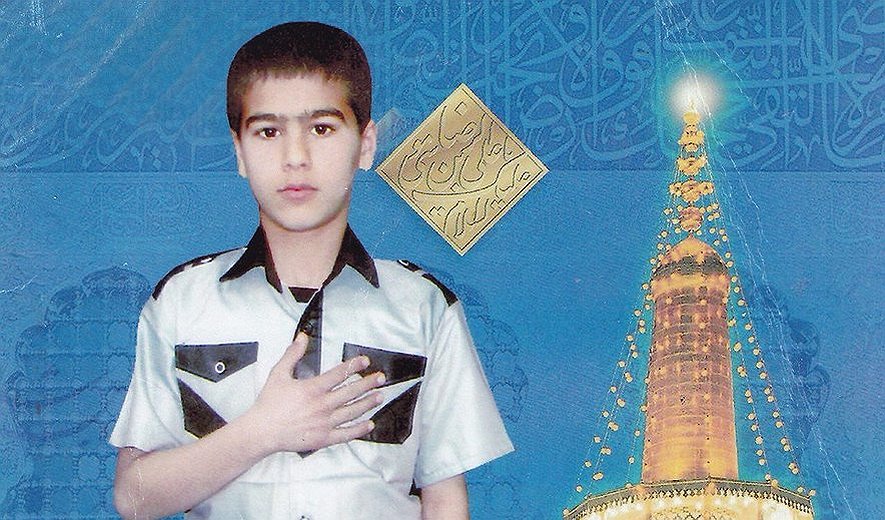 Iran Human Rights (April 3, 2018): Mohammad Kalhor’s Lawyer, Hasan Aqakhani, declared that his client who is sentenced to death for murdering his teacher at the age of 15, might be executed soon.

According to a close source, Mohammad Kalhor is a student from Boroujerd city who stabbed his 43-year-old physics teacher, Mohsen Khashkhashi, on November 22, 2014, when he was 15.
Mohammad Kalhor’s lawyer, Hasan Aqakhani, told IHR that the Head of the Judiciary approves the verdict and the case is sent to the Sentence Implementation Branch; therefore, Mohammad might be executed soon.
According to the forensic report which was delivered in January 2016, Mohammad Kalhor was mentally immature at the time of the crime. However, Branch 1 of the Criminal Court of Lorestan sentenced him to death. The verdict was rejected by the Supreme Court and was processed again in a parallel court in Lorestan. The second court also sentenced him to death in January 2017 which was approved by the Supreme Court.
Mohammad Kalhor’s lawyer confirmed that his client was only 15 at the time of the crime and said, “Mr. Boroujerdi, Head of the National Security Commission and Boroujerd’s representative, wrote a letter to the Supreme Court and asked for special attention to this case. Consequently, the Supreme Court approved Mohammad’s verdict.”
Hasan Aqakhani continued, “We asked for a retrial for the third time, but the Supreme Court hasn’t replied to our request yet. Since our request has been denied twice before, the sentence might be implemented anytime which worries us.”
He concluded, “We are worried about Mohammad’s condition. He shouldn’t be held at adults’ prison. Besides, he needs to see a doctor and a psychiatrist.”
It should be noted that Mohammad Kalhor was transferred from Lorestan’s Correctional Center to Boroujerd Central Prison in February 2018 because he is 18 years old now and his case was sent to the Sentence Implementation Branch around the same time.
It is worth mentioning that the Convention on the Rights of the Child, which Iran has signed, clearly bans execution and life imprisonment of juveniles.
In 2017, at least five juvenile offenders were executed in Iran. Furthermore, at least three juvenile offenders were executed in January 2018 in Iran.