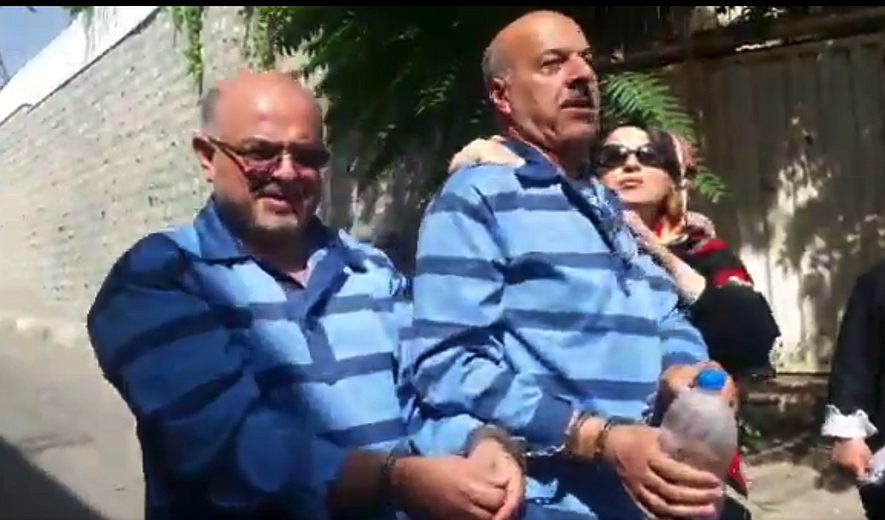 Iran Human Rights (Aug 21, 2018): Ghasem Sho’le Sa’di and Arash Keykhosravi, the lawyers who were arrested by security forces in front of the Iranian Parliament, were transferred to Fashafuye Prison and were ordered a provisional arrest.

According to a close source, on the morning of Saturday, August 18, Ghasem Sho’le Sa’di and Arash Keykhosravi, two prominent lawyers who protest the Caspian Sea agreement with a group of people, were arrested by security forces.

One day later the rest of the detainees were released on bail while Qasem Sho’le Sa’di and Arash Keykhosravi were transferred to Fashafuye Prison in handcuffs and shackles.

At first, these lawyers were accused of “disturbing public order”, but the accusation somehow changed to “collusion against national security”, therefore, instead of being granted bail, they were put under one-month provisional arrest.

Lawyer Peyman Derafshan, told IHR, “Sho’le Sa’di and Keykhosravi were sent to Fashafuye Prison where there are no facilities, instead of being sent to Evin prison where political prisoners are held.”

On a video posted on Friday, August 17, Qasem Sho’le Sa’di, lawyer and former Parliamentary Representative, announced that he would be present at Baharestan Square in order to protest against arbitrary supervision and unfair division of the Caspian Sea.