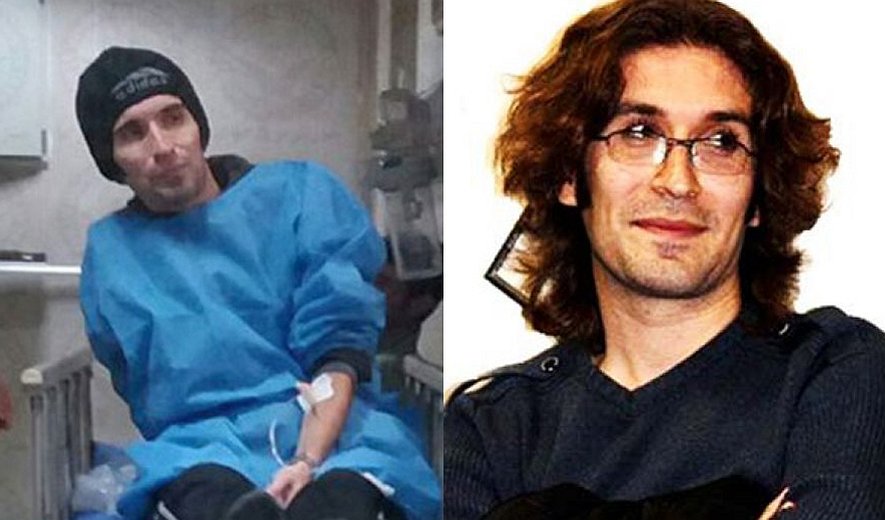 Iran Human Rights (August 31, 2018): Iranian human rights defender, Arash Sadeghi, is diagnosed with chondrosarcoma cancer. The authorities must allow him to leave the prison in order to be treated in a hospital immediately.

According to a close source, doctors confirmed that Arash Sadeghi, a civil activist who is held at Rajai Shahr Prison, is diagnosed with chondrosarcoma cancer.

“Arash was transferred to the hospital on Saturday. After studying Arash’s bone marrow scan and the result of his biopsy, his doctor diagnosed him with chondrosarcoma cancer and said that he should have a surgery. Arash will be taken to the hospital next week for some preoperative tests and afterwards his surgery date will be confirmed,” said one of his relatives to IHR.

According to Arash Sadeghi’s relatives, cancer has spread from his arm to his collarbone. After surgery, the doctors will know if he needs another surgery or he can continue his treatment through chemotherapy or radiotherapy.

Iran Human Rights urges the judicial authorities to allow Arash Sadeghi to leave the prison immediately in order to be treated at the hospital he chooses without any stress.

Arash Sadeghi was first arrested on July 9, 2009, along with some other students who were protesting the results of the controversial 2009 presidential election. After 90 days he was released on bail. He was arrested in May 2014 and was released after six months on a bail of 600 million Tomans. When he was out of prison, the agents of the Ministry of Intelligence rushed into his house causing his mother to have a heart attack and pass away.

Arash Sadeghi’s wife, Golrokh Ebrahimi Irayee, was sentenced to six years in prison, Navid Kamran to one year, and Behnam Musivand to three years. They were all arrested on September 6, 2014.