Iranian Lawyers
Share this
There is no information regarding the accusations of Payam Derafshan and Farrokh Foruzan, the place of their detention, and the organization that ordered their arrest. 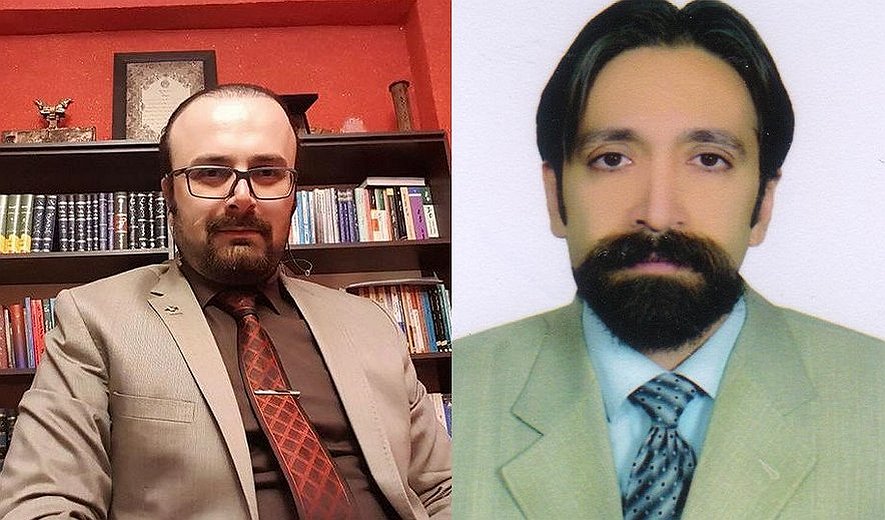 According to a close source, on Friday, August 31, Payam Derafshan and Farrokh Foruzan, lawyers, were arrested in Karaj. The two lawyers were arrested at the house of one of Arash Keykhosravi’s relatives.

Arash Keykhosravi is also a lawyer who was arrested along with another lawyer, named Qasem Sho’le Sa’di, on Saturday, August 18. Keykhosravi and Sho’le Sa’di were ordered a provisional arrest and are currently held at Fashafuye prison.

A close source told IHR, “The lawyers had gathered at the house of one of Arash Keykhosravi’s relatives.”

There is no information regarding the accusations of Payam Derafshan and Farrokh Foruzan, the place of their detention, and the organization that ordered their arrest.

During the past few months, Iranian lawyers, who play a significant role in Iranian civil society, have been subject to massive repression and currently many lawyers, including Nasrin Sotoudeh, Qasem Sho’le Sa’di, and Arash Keykhosravi”, are held in prison and some of them are sentenced to imprisonment and flogging.

Mohammad Najafi, attorney at law, was another lawyer who was arrested a few months ago. He was arrested by security forces after revealing information about Vahid Heidari.  Vahid Heidari, a vendor from Tekyeh Valley in Shazand, Arak, was arrested by the police during the recent protests in Arak on December 31. Later, his body was delivered to his family. According to the latest news, Mohammad Najafi was sentenced to one year in prison on the charge of “disturbing public order” and to two years on the charge of “publishing falsehood in order to disturb public opinion”.

Abdolfattah Soltani, another lawyer on leave to attend his daughter’s funeral, who passed away from cardiac arrest, has served seven years of his ten-year prison term.

Mostafa Daneshju, lawyer and defender of the rights of Gonabadi dervishes, was also arrested along with the dervishes and is currently held in prison.