World Day 2018: Death penalty; an inhumane punishment for death row prisoners, their families and society as a whole

World Day 2018
Share this
Depression, anxiety and even suicide are prevalent among the family members of the death row inmates. 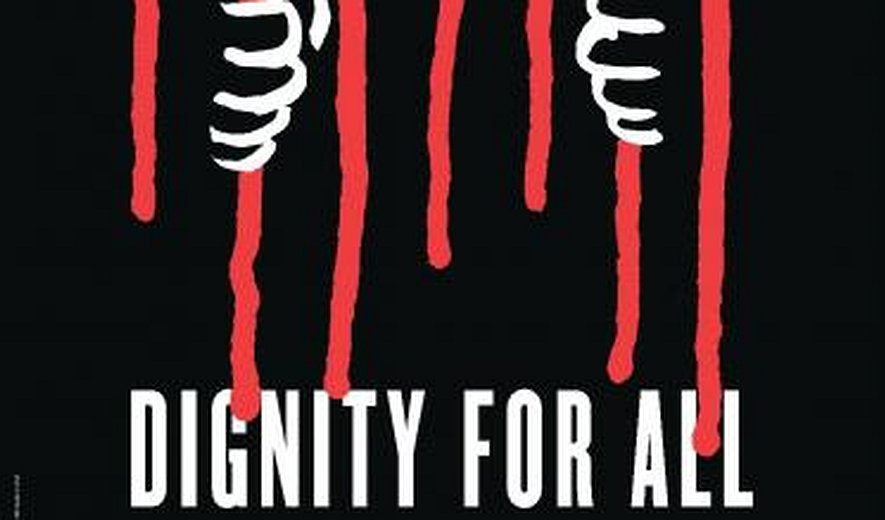 Iran Human Rights; October 10, 2018: Every year several hundred people are executed by the Iranian authorities. According to reports by Iran Human Rights (IHR) and other human rights groups, death row prisoners have often no access to a defence lawyer after their arrest and are sentenced to death following unfair trials and based on confessions extracted from them under torture. These are issues which have been addressed in IHR’s previous reports. The current report is based on first-hand accounts of several inmates held in Iran's prisons and their families. The report seeks to illustrate other aspects of how the death penalty affects the inmate, their families and, as a consequence, society.

How does a death row inmate experience his final hours?

Speaking about the final hours of a prisoner prior to his execution, Saeed (name changed), who has been on death row for a while and has even been taken to the gallows once, told IHR: "Recently, there has been an increase in the number of the days inmates at Rajai Shahr Prison in Karaj are kept in solitary confinement ahead of their execution and so you can no longer really speak of an inmate's final hours. Generally, the prisoners have their hands and feet cuffed in this period to make sure they harm neither themselves nor their guards and to avoid any trouble during their transfer. Prisoners sentenced to death are moved to solitary confinement on Saturdays and usually executed on Wednesdays. There have been cases where the execution was postponed to Wednesday in the following week. During this time, prisoners are given only government food to eat. And that food is absolutely inedible. While still in their ward, they do their own cooking, making their own meals and throwing away the government food.

The final visit is the most awful thing there is and, to my mind, worse than the execution itself. A prisoner who is taken to his final visit hasn't cleaned himself and eaten in days and has had to wash his hands in the toilet bowl of his solitary confinement cell. As the windows are sealed shut, the solitary confinement cell is steaming hot in the summer. I could virtually see the sweat coming out of the cells of my skin. Imagine, in these conditions, the prisoner, whose hands and feet are cuffed, is brought to the last visit and given 10 minutes to say goodbye to his family. Granted, in some cases, they do uncuff the prisoner's hands. The families weep, they cry out in anguish, then the 10 minutes are over, and they hold on to the prisoner's hands and feet and won't let him leave the visiting room. The male guards forcefully separate the women from the prisoner as there are no female officers to do that.

These are frantic and reprehensible moments for the families, and most prisoners whose hands and feet are tied become angry and, frequently, they are subjected to electric shocks and beaten with truncheons once they have left the room. The final visit is usually held after office hours because that is when the visitors' section is closed.

On the one hand, the blankets which are given to prisoners in the solitary confinement cell reek of vomit. When they moved me to solitary confinement, there was a blanket under the dustbin and slime was dripping on it from the waste in the bin. The officer told me to pick it up. I told him it was dirty. The officer said that the other blankets were even dirtier, and he was telling the truth. All the blanket smelled of urine, excrement and rubbish.

There is no fixed time for taking a death row inmate to his execution. Usually, it is between 5 and 6 in the morning. But there was a case where an inmate, Mohammad Ghiasvand, who was convicted of a murder under a group fight was held in solitary confinement for a week and was executed at 8 in the morning. When he was picked up to be executed, he thought they were taking him to meet his lawyer. He didn't know that he was going to be executed on his own. Unless someone has pity on you, no one gets to know (about the execution) and you are not told when you are going to be executed individually or in twos.

Prisoners wait between several months and several years before their death sentence is carried out. Anxiety, depression and, in many cases, suicide is rampant among death row inmates and as no specialised healthcare provider and adequate medication are available in prison, most of the prisoners revert to the use of narcotic drugs. To procure drugs in prison, you need money. Generally, maintaining good relations with the guards and other prison staff is helpful. To make money, addicted prisoners are forced to sell drugs, and to be able to sell drugs in the prison environment you need some kind of power structure to protect yourself and this kind of power can be acquired in group structures. For this reason, most prisons have gangs consisting of death row inmates who traffic drugs.

Ali (nicknamed Black Ali ) was one of the prisoners at Rajai Shahr Prison in Karaj. He was imprisoned after having been found guilty of murder for having killed someone in a street fight. Soon after being throw in prison he became addicted to drugs and started to peddle drugs in order to cover his expenses. As it happened, prison officers discovered drugs in his cell and this time he was sentenced to death for possessing and dealing drugs. After having been convicted to death, Ali began to shoot heroin and soon infected with HIV. In order to earn money, he then became a "fall guy" who, every time drugs were found in the prison facility, would report to the prison guards and say: "Those drugs belong to me". In return for doing so, the actual owners would give Ali drugs or pay him money to buy more drugs. As a result, he was convicted to death in 8 more cases of drug possession. In 2011, Ali put an end to his life at the Rajai Shahr Prison facility.

Execution: The punishment inflicted on an inmate's family

A prisoner incarcerated at Urmia Prison who faces the death sentence reports: "In truth, my execution is punishment for my family. My mother will lose a son, my wife her husband, my sister her brother and, most important of all, my daughter will never get to see her father again. But me, after I'm dead, I will no longer be around to be punished.

Alongside the psychological aspects and the behavioural issues that death row inmates need to come to terms with, the prisoners' families also have their burden to bear. For families of prisoners, especially of prisoners who are married and have children, this is particularly agonising. It appears that there are some similarities in what children of death row inmates experience in society.  In the knowledge that their father or mother have been put to death on account of the society’s laws, they are confronted with the concept of death and need to find a way to move on with their lives. Having been marked while they are still children, they will have to suffer the stigma of being the child of someone who has been executed for the remainder of their lives. As a result, these children are much more likely to develop anti-social behaviour, personality disorders and other mental issues.

Gholam (name changed) was executed in 2017 at Urmia Prison after being found guilty of drug trafficking. He had received 300 thousand tomans, a paltry sum, for the job of carrying the drug. The person who had hired him was never arrested although Golam disclosed his identity. Fellow inmates report that Gholam was called out for execution on a Friday morning at 8 Am. Moments before he was going to be executed, he gave the attending judge a picture of his children and said: I did it to fill their empty stomachs, don't make my children orphans. Gholam's wife now lives in Urmia with her two children and receives an insignificant allowance from welfare, which hardly suffices to make ends meet. The family had been renting a place and when Qolam was executed the landlord found out and demanded that Gholam's wife and children vacate the premises. Gholam's wife and children lived with relatives for roughly one year until they finally found a room to rent in one of Urmia's poorest neighbourhoods. The people of the neighbourhood have been told of Gholam's fate and the two children are sometimes made fun of at school. Also, ever since he was executed, Gholam's wife has been routinely harassed by men wanting sexual relations with her. A family friend says: Even the local cleric went after her once he found out that she has no husband.

Depression, anxiety and even suicide are prevalent among the family members of the death row inmates. The families of inmates who have been put to death, most of whom are from the lower social classes, do not receive any psychological support and counselling.

The story of a 52-year-old mother's suicide in Kermanshah after her son had been executed in 2013 was even reported by the State media. After two years in prison, Fereydoon was sentenced to death at Dizel Abad Prison (Kermanshah) for carrying drugs. He, too, had agreed to act as a courier for a small fee due to money problems. Fereydoon was married and up until he was incarcerated he had also cared for his mother. Three days after Fereydoon's execution, his mother took her own life by hanging herself.

Whether guilty or not, the outcome of the death penalty is the same. In Iran, the death penalty is by hanging, and it takes from several agonising seconds to several harrowing minutes for death to occur and for everything to be over. However, before their death sentence is carried out, the inmates spend some time in prison or the detention centre. Many death row inmates do not consider these few minutes of struggle on the threshold to their death the main punishment, but rather the days and nights they spend in prison awaiting their death.

It is undeniable that the families of those condemned to death, and particularly the children, also suffer from the profound impact this experience has on their lives; so much so, that these children and families themselves, in enduring this punishment, can be said to experience a death of their own. The effects appear at the time of the actual execution and last for many years thereafter. The indifference or hostility shown by society is capable of exacerbating the trauma that the families of prisoners suffer on account of the execution of a loved one or even just the risk of execution. That is why, until the death penalty is completely abolished in Iran, civil society organisations, need to pay particular attention to the families of death row inmates, especially to their children.