Freedom of expression
Share this
During the past few months, Iranian lawyers, who play a significant role in Iranian civil society, have been subject to massive repression and currently, many lawyers are held in prison. 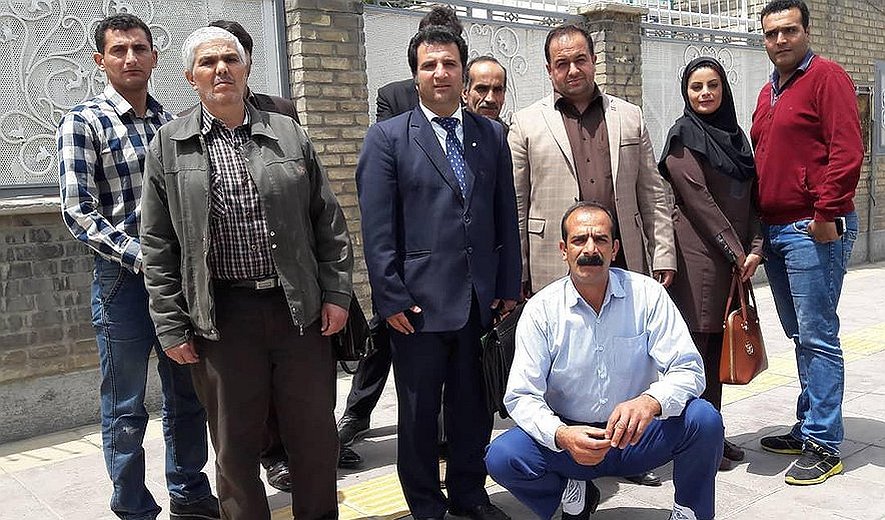 Mohammad Najafi, one of the aforementioned civil activists, is a lawyer who was investigating the suspicious death of Vahid Heidari, one of the detainees from Iran’s December 2017 protests in Arak.

Mohammad Najafi had earlier talked to IHR about Vahid Heidari’s death. He said, “Those who saw Vahid's body noticed a fracture and a bump on the left side of his head that could have been caused by a baton's blow to his head. They determined the burial place and didn't deliver any reports including forensics reports to the victim's family. There has been no explanation so far, and the family does not know anything else."

He was arrested by the security forces at his house on the evening of January 15.
Mohammad Najafi has been summoned and arrested several times for his professional activities. The last time he was summoned to the court was on November 8, 2017, when he was charged with propaganda against the system.
During the past few months, Iranian lawyers, who play a significant role in Iranian civil society, have been subject to massive repression and currently, many lawyers, including Nasrin Sotoudeh, Qasem Sho’le Sa’di, and Arash Keykhosravi, are held in prison.
Mahmood Amiry-Moghaddam, the spokesperson for IHR, said, “The international community should not remain silent about the increasing repression of Iranian lawyers and jurists. It is necessary that the United Nations and the European community react immediately and properly and put pressure on Iranian authorities to release the Iranian imprisoned lawyers. Their charges must be dropped, and their professional restrictions must be removed. Once again, we urge Bar Associations in the world to express their solidarity with their Iranian counterparts who fight for the right to a fair trial.”