Iran: Juvenile Offender Milad Azimi May be at Risk of Execution

Juvenile Offenders
Share this
According to Article 91 of Iran's revised Islamic Penal Code, it is up to the presiding judge's discretion to deem the juvenile mature enough to understand the nature of the offense 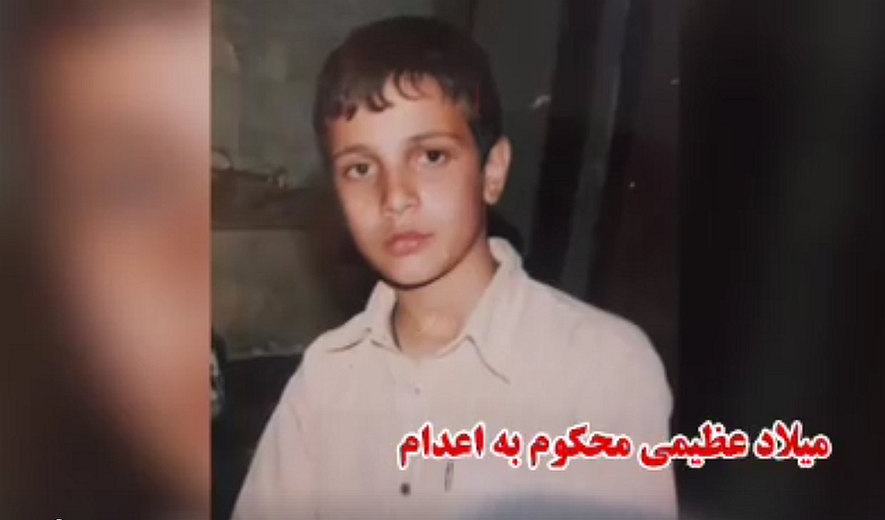 Iran Human Rights (December 4, 2018): Milad Azimi is a juvenile offender who allegedly committed a murder at the age of 17. His death sentence was upheld by the Iranian Supreme Court a few months ago. The plaintiff has set a diyeh (blood-money) of 500 millions Toman (approximately 50.000 USD) with the deadline of December 4. Milad's family are not able to pay that amount of money. Therefore, if he fails to win the plaintiff’s consent, his execution will be carried out quite soon. Local civil society activists have been trying to collect money to save Milad's life.

Iran Human Rights (IHR) urges the Iranian authorities to stop juvenile executions and calls on the international community to act in order to save Milad's life.

According to the IHR sources, a student was killed during a gang fight on December 8, 2013, at a high school in the Iranian city of Kermanshah. Milad was one of the students participating in the fight and was arrested by police on murder charges. He was born on December 21, 1995, and was 17 at the time of the offense.

Milad's case was sent to the forensic medicine which confirmed Milad's maturity. A close relative of Milad told IHR, “We were there (forensic medicine) at the time of the scheduled examination. Everything went so quickly. They just visited him for a short time and concluded that he is mature enough to take responsibility for his action.”

According to Article 91 of Iran's revised Islamic Penal Code, it is up to the presiding judge's discretion to deem the juvenile mature enough to understand the nature of the offense:  "In the cases of offenses punishable by hadd or qisas, if mature people under eighteen years do not realize the nature of the crime committed or its prohibition, or if there is uncertainty about their full mental development, according to their age, they shall be sentenced to the punishments prescribed in this chapter." Otherwise, the Islamic Penal Code puts the age of criminal responsibility 15 years for males and 9 years for females.

Despite ratifying the UN's Convention on the Rights of the Child (CRC), Iran is the world's top executioner of juvenile offenders.