Iran, Juvenile offenders, Amin Sedaghat, Juvenile executions, Mehdi Sohrabi
Share this
On the contrary to his claim and to prove who lies about the facts, IHR publishes documents proving both juveniles were under 17 at the time of the crime. 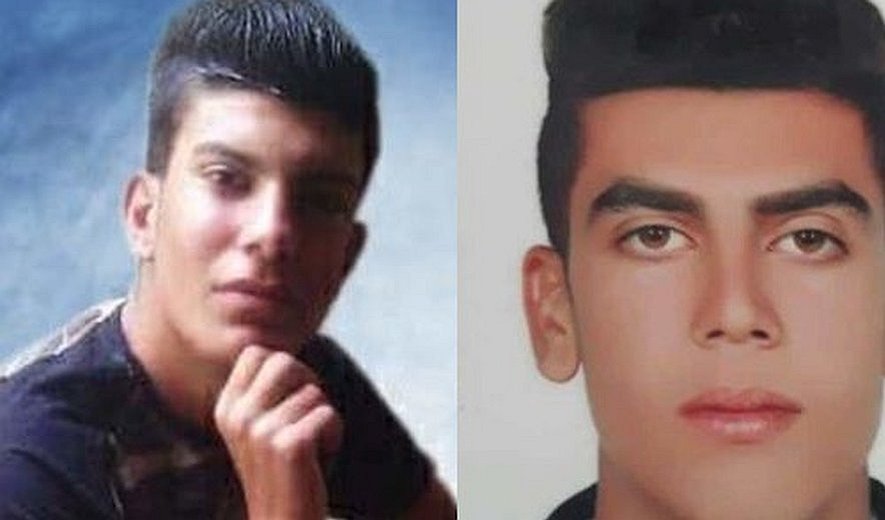 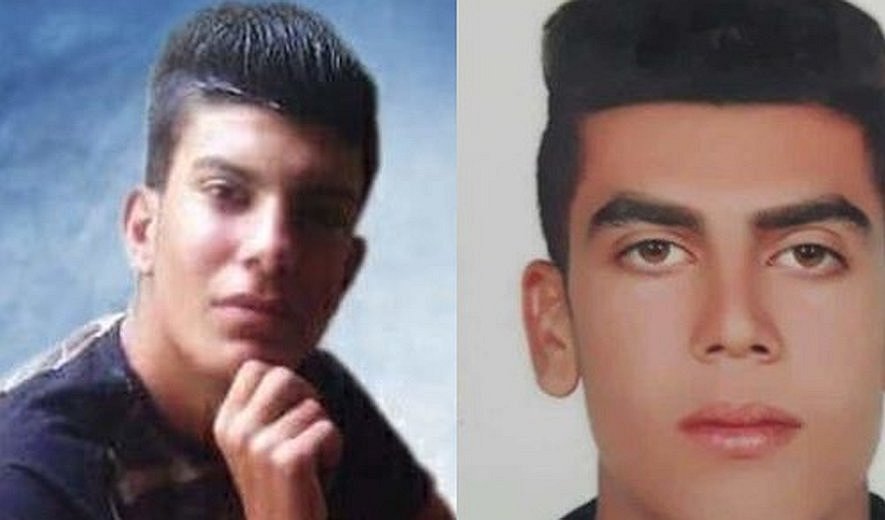 Iran Human Rights (IHR); May 7, 2019: Spokesperson for Iranian Judiciary, Gholamhossein Esmaeili, said earlier today that the two juveniles who were executed on April 25, 2019, were not under 17 at the time of committing the crime. “Juveniles cannot commit these kinds of crimes,” he said in a press conference with the presence of Iranian media representatives.

In response to his claim, IHR published documents proving both juveniles were under 17 at the time of the alleged offense.

IHR’s director Mahmood Amiry-Moghaddam, said: “If people below the age of 17 or 18, as Mr Esmeili says, cannot commit serious violent crimes, then why the Islamic Republic does not abolish the death penalty for people under 18? Around 40 juvenile offenders have been executed during the last five years in Iran. Most of them were between 15 to 18 at the time of the alleged crime.” He added: “Iran is the biggest juvenile executioner in the world. Iranian judiciary is nontransparent and does not announce more than 70 per cent of the executions in the country. They are not accountable and don’t respond to the reports of the human rights violations in Iran.”

On the morning of Thursday, April 25 2019, two juvenile offenders were executed at Shiraz Central Prison, also known as Adel-Abad Prison. IHR could identify them as Mehdi Sohrabi and Amin Sedaghat. Amnesty International had first reported about the aforementioned juvenile executions. IHR could confirm the fact, adding that one of the juveniles was in addition suffering from a mental disability.

However, according to the reports published by the Iranian media, Gholamhossein Esmaeili denied the fact that Mehdi and Amin were under 17 at the time of the crime. He told the human rights organizations’ reports are lies.

On the contrary to his claim and to prove who lies about the facts, IHR publishes documents proving both juveniles were under 17 at the time of the crime. Mehdi Sohrabifar was born on October 29, 2001, and Amin Sedaghat was born on September 28, 2001. The two cousins were arrested in the spring of 2017 for an alleged rape and robbery case. 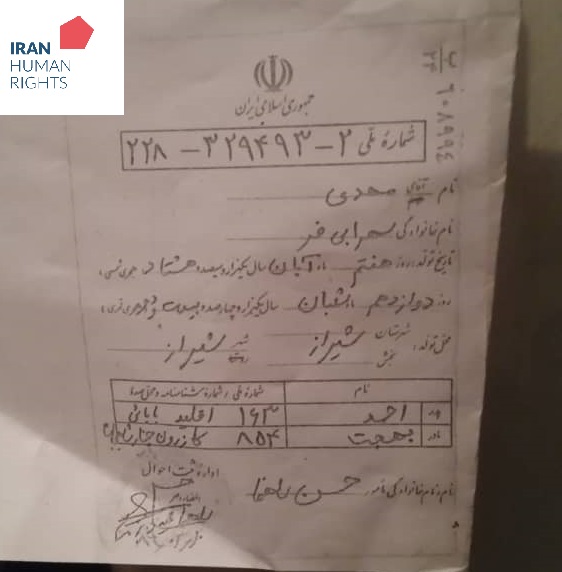 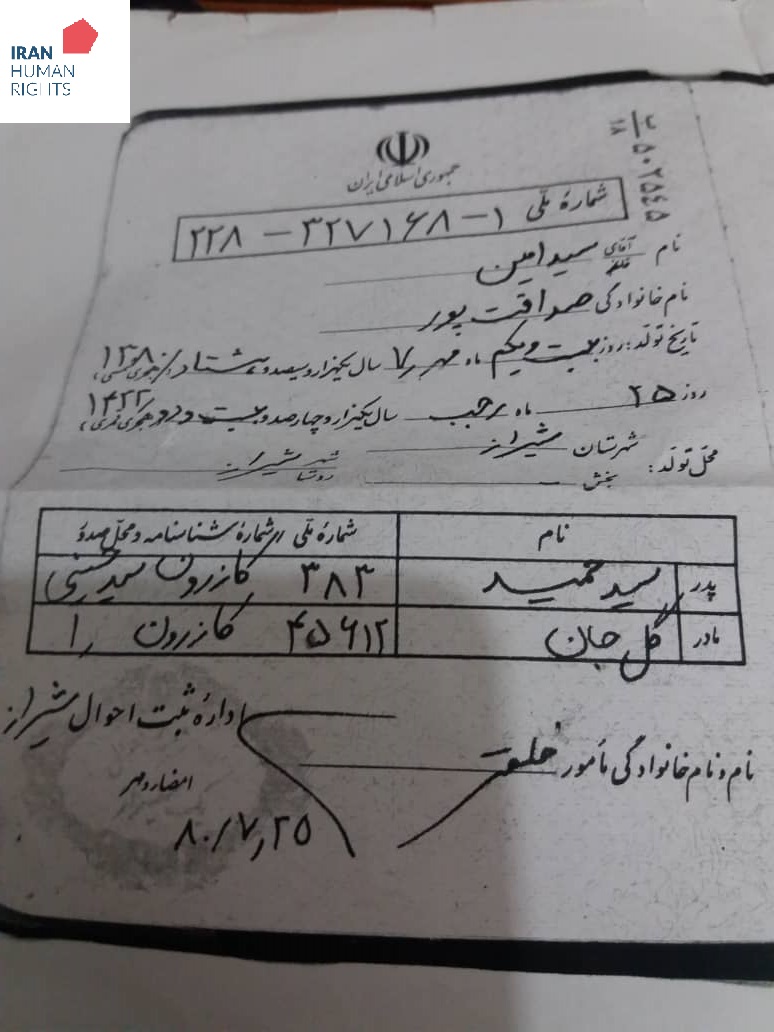