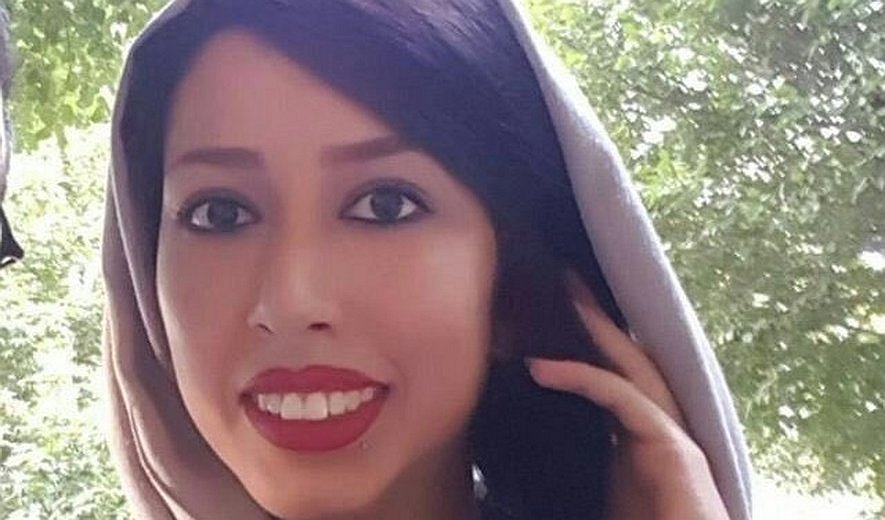 According to IHR sources, on the midday of Saturday, June 1, security forces arrested Saba Kord-Afshari at her parents' home.
A well-informed source told IHR: “Security forces were so violent and rude. The even handcuffed Saba’s mother and threatened her to the detention center. They have seized laptops, cell phones, flash memories and other similar electronic devices. Her family went to Vozara Detention Center to follow her case up. They were told that she will be in solitary confinement for 10 days for interrogation”. The source added: “Saba was a civil activist. A part of her activities was against the compulsory hijab. Therefore, the authorities want to link her to the exiled activist Masih Alinejad. But this is not true! Saba’s main focus was on less-known prisoners (of conscience), especially in Qarchak prison (Women's prison outside Tehran).”
According to this source Saba is charged with “Propaganda against the system through cooperation with opposition groups and plan to overthrow the regime, encouraging immorality by walking without hijab, and gathering and conspiracy against the system through connections with Masih Alinejad.” Saba has rejected all of the aforementioned accusations.
Saba Kord-Afshari was also arrested in August 2018 for her participation in the protests against the economic situation.