Yasaman Aryani, Mojgan Keshavarz, Monireh Arabshahi,, Women's Rights, Iranian Human Rights Defenders, 8 March
Share this
“Lawyers were not permitted to take part in the process, and were not present under the interrogations nor in the court sessions.”

Iran Human Rights (IHR); August 1, 2019: Iranian civil activists Yasaman Aryani, Monireh Arabshahi and Mojan Keshavarz, have been sentenced to long prison terms by Branch 28 of the Islamic Revolutionary Courts. They are all held in Qarchak (Gharchak) Prison. They were transferred to the court on July 31, 2019, to receive the verdict without the presence of their lawyers.

Each of the defendants was sentenced to five years of imprisonment for “illegal gathering and conspiring against national security”, one year for “spreading propaganda against the system” and 10 years for “encouraging and facilitating immorality and prostitution.”
Moreover, Mojgan Keshavarz was sentenced to an additional 7 years of imprisonment for “insulting sanctity.” Under Iranian law, the longest jail-term among the accusation is applicable. In this case, each of them should be in jail for 10 years.
A well-informed source told IHR, “Saba Kord Afshari, another co-defendant who had been arrested later than the three, has not received her verdict yet.”
HRANA quoted Yasaman and Monireh’s lawyer, Amir Raeisian, “Lawyers were not permitted to take part in the process, and were not present under the interrogations nor in the court sessions.”
Yasaman Aryani was arrested on April 10, 2019, by security forces. Her mother Monireh Arabshahi was arrested a day after. Mojan Keshavarz was arrested on April 25.
They were arrested after distributing flowers and sweets at Tehran metro wagons on the International Women’s Day 2019. 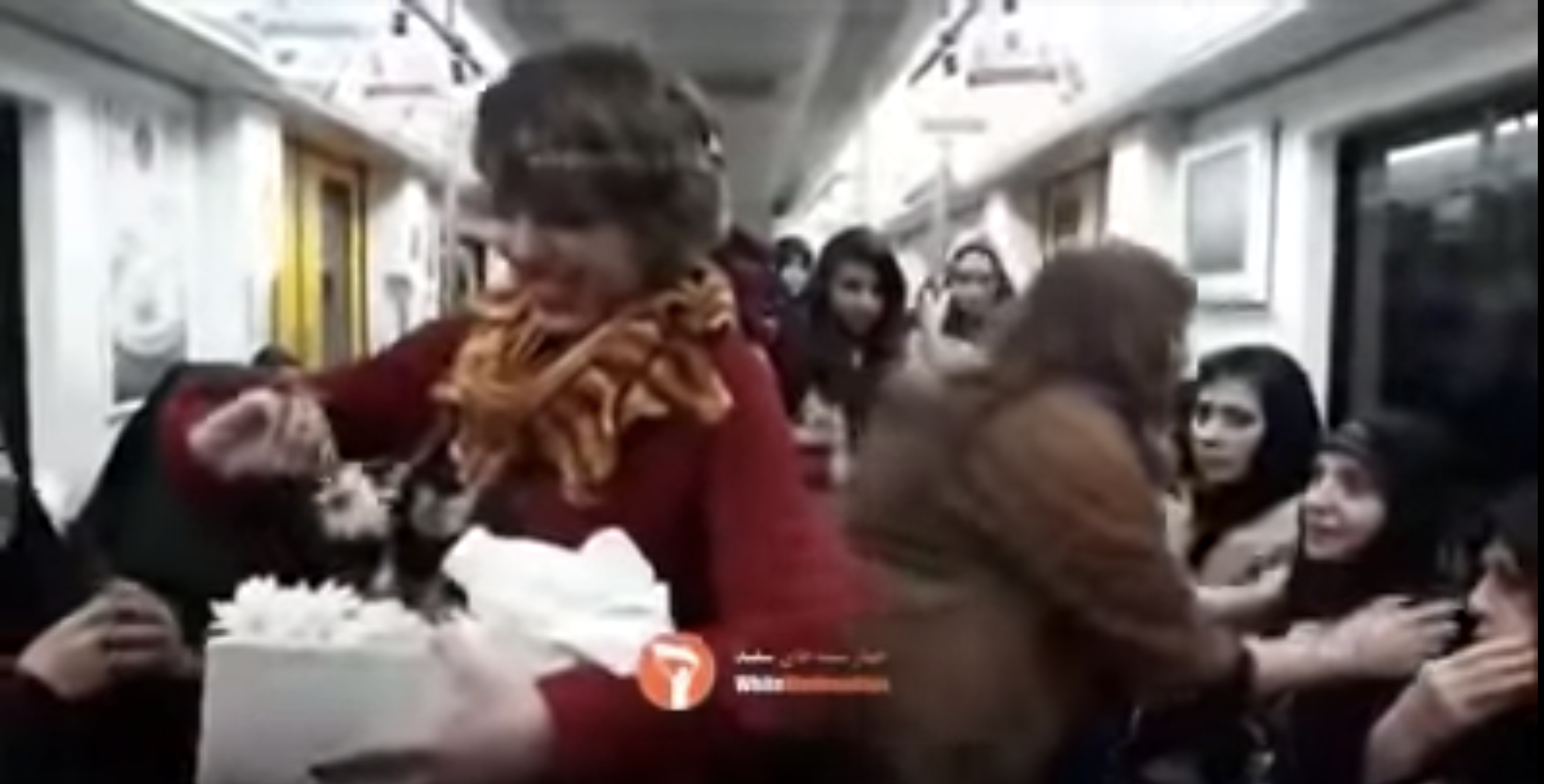