Iranian authorities cut off a man's hand for stealing

torture, inhumane punishments, Amputation
Share this
“Such medieval punishments are only meant to terrorize the Iranian people and must not be tolerated by the international community” Mahmood Amiry-Moghaddam, the spokesperson for IHR said. 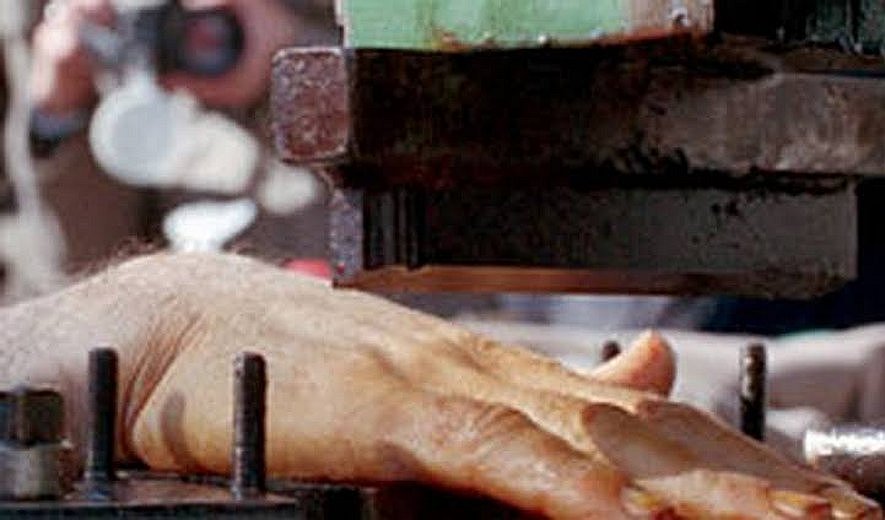 Iran Human Rights (October 25, 2019): Iranian authorities have amputated one hand of a prisoner who was charged with stealing. The amputation has been carried out at Sari Central Prison in northern Iran.

According to the Iranian Judiciary’s website, Mizan Online, a man’s hand has been amputated at the central prison of the Iranian northern city of Sari, Mazandaran province. He was sentenced to hodud punishment (unalterable punishment prescribed by Divine law which is considered the right of God) which is amputation of four fingers of the right hand for theft.
Based on Article 201 of the Iranian Islamic Penal Code, robbery is first punished by the amputation of four fingers of the thief’s right hand; for the second time, it’s punished by the amputation of the thief’s left foot, and for the third time, the defendant is sentenced to life in prison. The thief is sentenced to death for the fourth time.
Iran Human Rights (IHR) condemns amputation and any other physical punishments and emphasizes the necessity of a change in Iran’s laws to put a stop to these inhumane punishments. IHR has previously reported other cases of amputation punishments. However, such punishments are often carried out without the news being announced.
“Such medieval punishments are only meant to terrorize the Iranian people and must not be tolerated by the international community” Mahmood Amiry-Moghaddam, the spokesperson for IHR said “it also demonstrates the extreme hypocrisy of the Iranian authorities where reports about involvement of highest-level officials in multi-billion corruption cases are not even investigated, but the hand of a petty thief is cut off”