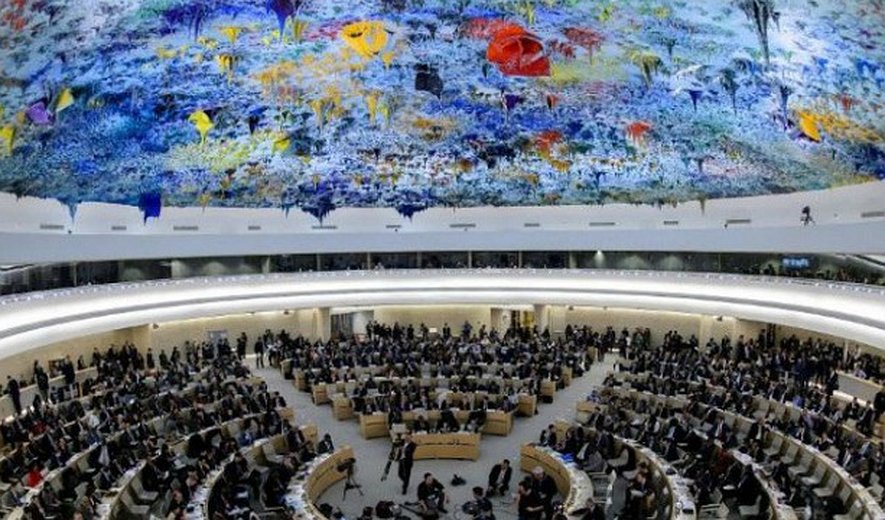 Human rights coalition Impact Iran declared that “today, the community of states sent a clear message that executions of juveniles, child marriage and keeping women out of the economic, social, public and political life are not acceptable in 2019”.

111 states from all continents participated in the review at the United Nations in Geneva. Among them, many made recommendations on the situation of women and girls in the country, with 25 states from all regions calling on Iran to ratify the CEDAW. The participation of women in economic, public and political life was also a recurrent issue for states. In addition, there was a particular emphasis on the situation of women’s human rights defenders who have been subject to a crack down in the past few months.

Calls for Iran to outlaw and prevent child marriage, by raising the minimum age for girls, also came back repeatedly during the review from African, Latin American and European states.

As in previous UPR, many states expressed concern at the high rate of executions in Iran. While the lack of fair trial guarantees and the vagueness and high number of capital offense were mentioned by states, the issue of execution of individuals who were below 18 at the time of the alleged crime stood out as the most addressed, with 29 states making specific references to that practice forbidden under human rights treaties Iran has ratified.

During the dialogue, many states additionally raised concern at the situation of religious minorities, of ethnic minorities and of LGBT+ Iranians. The many obstacles placed to the independent work of journalists, lawyers and human rights defenders were also raised repeatedly.

“Today must serve as a wake-up call for the Islamic Republic of Iran. Iranian authorities now need to deliver on overdue human rights reforms. Such reforms are required to put Iran in conformity with its international obligations, to respect the demands frequently expressed by its population, and to answer states’ call for tangible improvement” said Impact Iran.