Iran: Arrested Protesters Are In Grave Danger Of Torture And Execution 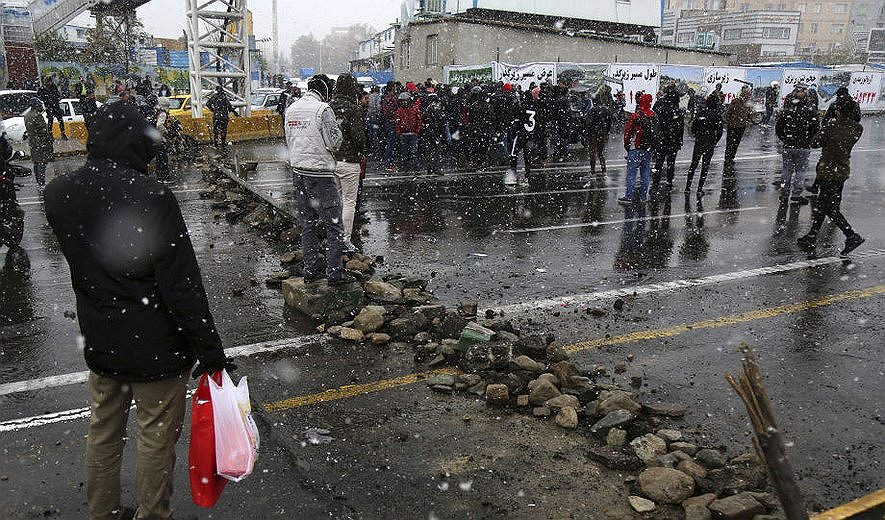 Iran Human Rights (IHR); November 22, 2019: Security forces have arrested at least two thousands of protesters and civil activists in the recent days in Iran. They are in danger of torture, forced confessions and several can be sentenced to death.
Given the Islamic Republic’s dark history of torture and mass executions, Iran Human Rights (IHR) urges the UN and the Red Cross to send a special team, including human rights expert, to visit Iranian prisons and detention centers.
IHR’s Director, Mahmood Amiry-Moghaddam, said: “Detainees are in grave danger of torture to extract false confessions. We also worried about issuing death sentences for some of the protesters. Today, Iranian people need the international community’s attention, more than ever.”

Less than a week ago, mass popular protests started in Iran. In the beginning, it was a protest against the government's decision to hike the petrol price in the oil-rich country. However, it quickly turned into a protest against the Islamic Republic establishment and the ruling class. In six days, more than 100 protesters are shot dead, thousands wounded and more than two thousand got arrested. Moreover, security forces arrested several known civil activists, students and political activists by raiding their homes.
Even the Islamic Republic’s News agencies confirm the arrest of more than a thousand people. The detainees are held in unknown places, and their families are not informed about their whereabouts. Moreover, there has been a total internet blackout imposed by the authorities making information flow very difficult.
Activists Soha Mortezaei, Sepideh Gholian, Ali Nanevaei, Yashar Darolshafaei, Melika Gharagozlu and Kamyar Zoghi, are among the detainees.
“Most of the detainees could not call their families. Their relatives have tried to find out where they are held. They even do not know their beloved ones are dead or alive,” a well-informed source told IHR.
At the same time, Iranian officials threatened the protesters to execution. The Supreme Leader’s representative at Kayhan Newspaper, Hossein Shariatmadari, wrote last Monday: “some of the judiciary officials are sure that the execution by hanging awaits the leaders of the protests.”
The Supreme Leader’s deputy representative at IRGC, Hassan Tayebifar, asked the judiciary to issue the toughest verdict for the protesters. Toughest verdict in the Iranian Islamic Penal Code is the death penalty.
Fars Province chief prosecutor threatened the protesters in the same way. In Shiraz, the capital of Fars province, “at least 200 people were sent to quarantine ward in Adel Abad prison. Four of them are wounded. At least one is shot,” a source from Adel Abad prison told IHR. According to the source, Seyed Reza Taheri is the name of the wounded person. He suffers from pain and is in danger of infection.
In the southern Iranian province of Khuzestan, several people have been killed, hundreds are arrested. The condition is more or less the same in many other Iranian provinces, including Alborz, Kurdistan, West and East Azerbaijan.
While the Iranian government has blocked the ordinary people’s access to the internet, the few photos and videos received from Iran give a hint at the brutal crackdown by the authorities.
Iran Human Rights (IHR) condemns internet blackout and violent crackdown of protesters by the Iranian authorities and calls on the international community to react immediately.
On the third day of the protests, IHR director Mahmood Amiry-Moghaddam said, “Total internet blackout might indicate the Iranian authorities’ plans to use even more violence against the protesters. We urge the international community, especially the EU, to use all their leverage to put pressure on the Iranian government to stop the violent crackdown.”