Iran: Eight Men Hanged on the First Day of the New Year

Rajaishahr, qisas, Gholami, Saman doosti, Arman Abdolali
Share this
Arman has been given a one-month deadline to win the plaintiffs’ consent. Iran is one of the few countries issuing death sentences for offenses committed under 18 years of age, and the world's biggest executioner of children. 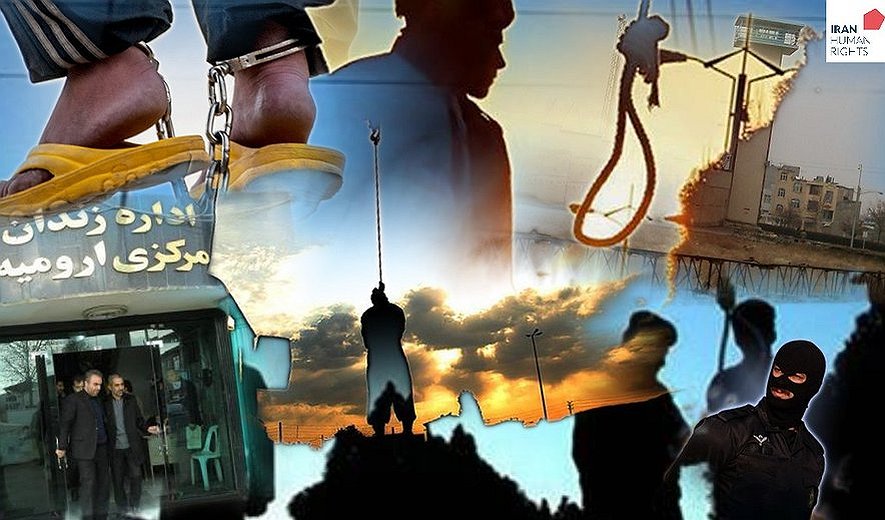 Iran Human Rights (IHR); January 2, 2020: Eight men were hanged on the early Wednesday morning, January 1st,  at Rajai-Shahr prison, near Tehran. They were all sentenced to qisas (retribution) for murder charges. The execution of a juvenile offender was postponed for a month.

According to IHR sources, on the early morning of Wednesday, January 1, eight men were executed at Karaj city’s Rajai-Shahr prison, near Tehran. All men were sentenced to qisas (retribution-in-kind) for murder charges. Two of the men were identified as "Hossein Gholami", 28 years old (left in the picture), and "Saman Doosti", 30 years old (right on the picture), both charged for murder under a street fight. IHR is investigating to reveal Identities of the other six prisoners hanged yesterday.
According to Iran’s Islamic Penal Code, murder is punishable by qisas. It means the state does not take responsibility for the murder crime’s punishment but puts it on the shoulders of the victim’s family.
In qisas cases, the plaintiff has the possibility to forgive or demand Diya (blood-money). In many cases, the victim's family is encouraged to put the rope is around the prisoner's neck and even carry out the actual execution by pulling off the chair the prisoner is standing on.
In this regard, Arman Abdol-Aali, a death-row juvenile-offender, asked for a reprieve from the plaintiffs. According to the government newspaper Iran, Arman is sentenced to death allegedly for murdering a girl when he was under 18. His execution was scheduled on Wednesday morning. Arman has been given a one-month deadline to win the plaintiffs’ consent. Iran is one of the few countries issuing death sentences for offenses committed under 18 years of age, and the world's biggest executioner of children.