Iran Protests, Civil Rights
Share this
The "corruption on earth" charge is one of the most ambiguous and serious charges in the Islamic Penal Code, which carries the death penalty 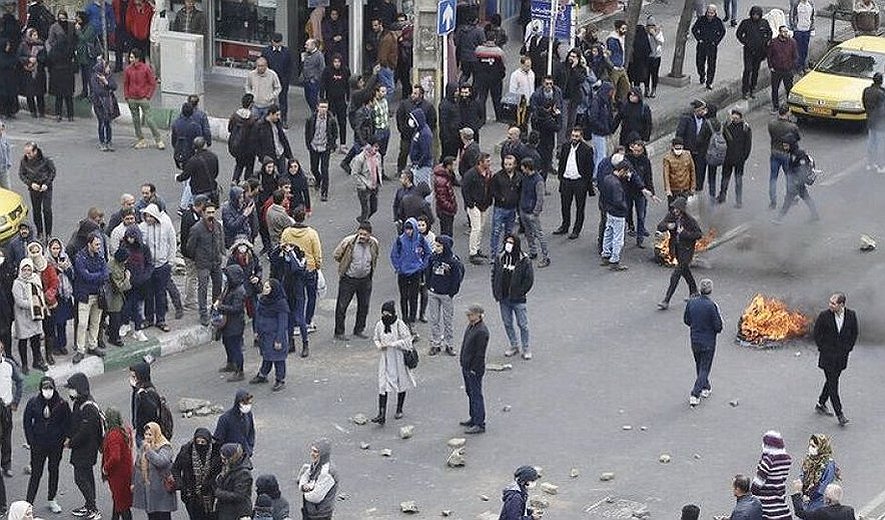 Iran Human Rights (IHR); June 30, 2020: In a speech prior to the Friday prayer sermons, Isfahan’s Chief Justice announced eight protestors arrested in the city had been convicted of “corruption on earth”.

Iran Human Rights calls for an immediate response from the international community to the intensification of suppression and death penalty for protesters in Iran.

Mahmoud Amiry-Moghaddam, director of the organisation, said: “The accusation of ‘corruption on earth’ could potentially lead to the death penalty for protesters, and to make the announcement from the Friday prayer tribune can only have one purpose, which is to create an atmosphere of fear and intimidation amongst people, preventing any further protests. Well aware that people are running out of patience and that the slightest spark can lead to their downfall, the government of the Islamic Republic, which has shown its incompetence in dealing with crises over the past months, views an intensification of suppressing civil society and the death penalty as their only solution.”

Iran Human Rights also calls on the families of the prisoners to inform human rights organisations on the situation of their children.

In recent weeks, there have been conflicting reports about the death penalty for three protesters arrested in Tehran. The three prisoners in question, Amir Hossein Moradi, Saeed Tamjidi and Mohammad Rajabi are currently being held in Fashafuyeh Prison.

Shortly after the news broke, citing a "knowledgeable source" in the Supreme Court, the Young Journalists Club, a website close to Iran's state television, confirmed the death sentences.

Last week, in a speech before the Friday prayer sermons in Isfahan, Mohammadreza Habibi, Chief Justice of Isfahan, announced convicting eight protestors arrested over the last three years of "corruption on earth".

In a threatening speech, Habibi said: “we will act in a decisive manner with mercenaries and rioters if crimes are committed like what happened in 2009, 2017 and last November, so much that as of today, 8 cases related to the mentioned events have been finalised and they have been convicted of corruption on earth”.

The "corruption on earth" charge is one of the most ambiguous and serious charges in the Islamic Penal Code, which carries the death penalty.

In the aftermath of the 2009 presidential election, the Iranian government also executed several prisoners to create fear and intimidation. Some of the detainees had been arrested a few months before the so-called Green Movement protests.