Death Row, Heydar Ghorbani
Share this
"The day we saw him, his hands were shaking and he said that I was tortured a lot and I was forced to make various confessions under all kinds of physical torture 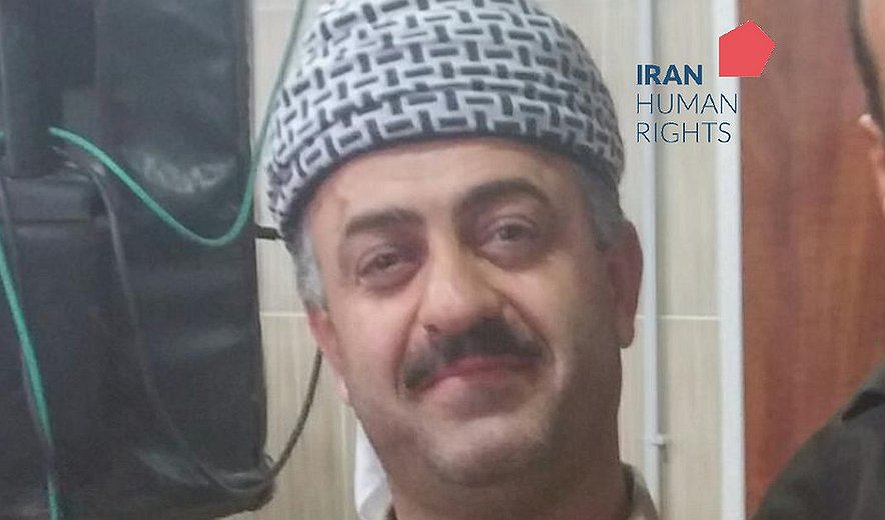 Iran Human Rights (IHR); August 9, 2020: The Supreme Court has upheld the death sentence of Heydar Ghorbani, a Kurdish political prisoner held at Sanandaj Central Prison, and sent his case to the office for the implementation of sentences. He was sentenced to death for baghy (riot or rebellion against the Imam or the Islamic ruler) while according to his lawyer “he has never been armed, nor taken part in any armed action.”

According to Iran Human Rights, the Supreme Court upheld the death sentence of Heydar Ghorbani on charges of baghy and referred him to the Sanandaj Central Prison’s office for the implementation of sentences.

"According to the case, he has never been armed, nor taken part in any armed action, but his actions were limited to complicity in the crime," Saleh Nikbakht, the Kurdish political prisoner’s lawyer told IHR.

He continued: "[Heydar Ghorbani] has also committed acts that amount to criminal acts, for which he has been sentenced to 30 years in prison. However, in regard to the rebellion charge, which has been singled out and examined by the Revolutionary Court, the mentioned actions do not amount to the criminal act of rebellion. In my submissions at the appeal stage, which included opinions of Shi’a scholars and Sunni scholars, as well as referring to the relevant section of the Islamic Penal Code, which all state that since his membership in the party has not been proven and at the time of committing the alleged felony murder, he was not armed, his actions did not amount to rebellion. But he has helped those who have committed murder, and he has confirmed this. That is, he has not taken any action personally or been a participant.”

According to the Supreme Court judgment, seen by IHR, he is the fifth defendant in a five defendant case. As the principal defendants have yet to be arrested, it raises concerns that instead of administrating justice and investigating Heydar’s actions, the judiciary intends to punish him in the absence of the other fugitive defendants in the case.

A person close to Heydar told IHR: "He was detained for more than a year by the Ministry of Intelligence and the intelligence organisation of the IRGC, where he spent three months in solitary confinement. After months of interrogation and various forms of torture by the intelligence forces to obtain a forced confession, in March 2016, Press TV aired a documentary with the forced confessions which are all pure lies and extracted under torture."

"The day we saw him, his hands were shaking and he said that I was tortured a lot and I was forced to make various confessions under all kinds of physical torture, and all these confessions being broadcast on TV were forced and based on torture," the source continued.

Another defendant in the case is Mahmoud Sadeghi, Heydar Ghorbani's brother-in-law.

Heydar Ghorbani was born in 1973 and is from Bezush village in Kamyaran city. He was arrested by security forces along with Mahmoud Sadeghi on 11 October 2016, while he was on his way home from work.

A year after his arrest, his case was referred to the Kamyaran court, who disqualified itself and sent it to the Sanandaj court. Heydar Ghorbani was sentenced to 30 years in prison by Branch One of the Sanandaj Criminal Court for “complicity in murder” in October 2019.

Meanwhile, another case was opened against him by Branch One of the Sanandaj Revolution Court. In that case, he was sentenced to death for “baghy and membership in the Kurdistan Democratic Party of Iran.” The sentence was upheld by Branch 27 of the Supreme Court and sent for implementation on 5th August, with Heydar’s family and the lawyer being notified on 6th August.