Prisoner Executed at Sanandaj Prison, Another Due to be Executed Tomorrow Morning

Iran Executions, Death Row, Sanandaj Prison
Share this
At the time of publication, the execution of Keyvan Rezagholi has not been announced by the domestic media or officials in Iran 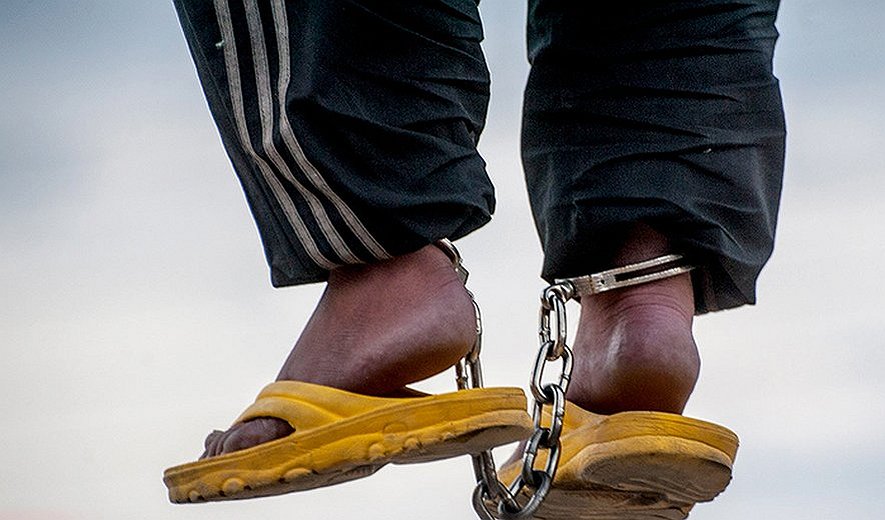 Iran Human Rights (IHR); August 10, 2020: A prisoner sentenced to qisas (retribution in-kind) for murder was executed at Sanandaj Central Prison. Another prisoner was returned to his cell after managing to get a last-minute extension on his sentence and a third is due to be executed tomorrow morning.

According to Iran Human Rights (IHR), a prisoner was executed in Sanandaj Central Prison this morning, August 10. His identity has been established as 43-year-old Keyvan Rezagholi, a Sanandaj native.

An informed source told IHR that "Keyvan has been in prison since February 2016."

According to HRANA news agency, which first published the news, Keyvan was arrested for murdering a friend and ultimately sentenced to death.

At the time of publication, the execution of Keyvan Rezagholi has not been announced by the domestic media or officials in Iran.

Also today, two other prisoners who had been sentenced to death on similar charges went to the gallows, one of whom was returned to his cell after he managed to get a last-minute extension from the family of the victims and a third prisoner, Fayegh Ahmadi, remained in solitary confinement. According to some, Fayegh Ahmadi's sentence is due to be carried out tomorrow morning, August 11.