Navid Afkari, Vahid Afkari, Habib Afkari
Share this
In a brief phone call to his family yesterday, Navid told them that he was not being permitted to go to the infirmary or even complain about the perpetrators of his beating 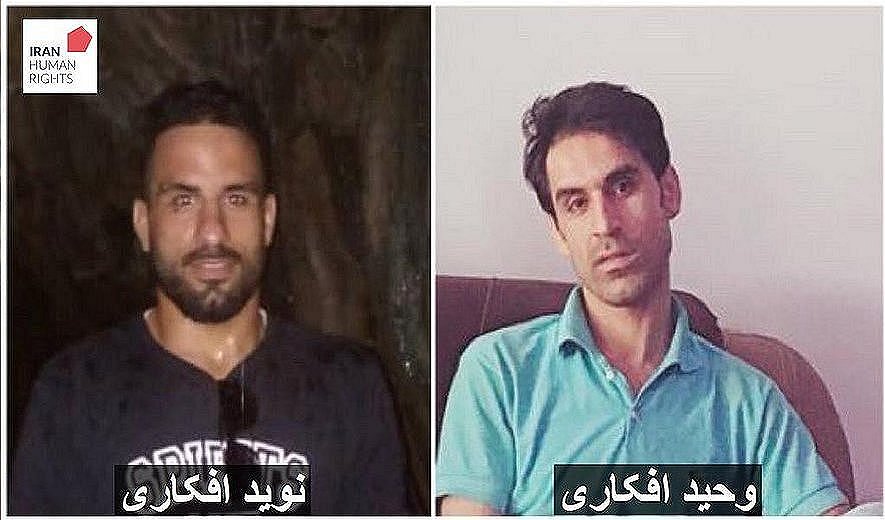 Iran Human Rights (IHR); September 7, 2020: Navid Afkari, a protester on death row who along with his brothers and co-defendants Vahid and Habib, were beaten when they were transferred to the punitive ward of Adelabad Prison in Shiraz. At the time of writing, officials are still refusing to send them to the prison infirmary.

Relatives of the three political prisoners told IHR that Navid Afkari was beaten up when he was transferred to the ward and his request to be sent to the infirmary has been ignored.

In a brief phone call to his family yesterday, Navid told them that he was not being permitted to go to the infirmary or even complain about the perpetrators of his beating.

The reason for the delay in sending the three brothers to the infirmary could be to allow time to heal the wounds.

Speaking about the transfers to IHR, a source close to the brothers said: “There is a possibility that his execution is close or that they want to cut his contact with the outside world.”

On September 5, the Islamic Republic of Iran Broadcasting (IRIB) aired excerpts of the confession and evidence against Navid Afkari. In the programme, they attempted to refute the three brothers’ claims of being tortured using evidence obtained under duress and torture and testimonies by several officials.

In the show, they also referred to CCTV footage evidence. A source told IHR in this regard: “The footage basically doesn’t exist, Navid repeatedly asked in court for the footage to be shown if it really exists.”

Navid and Habib Afkari stated in court that all their confessions were false and had been obtained under torture. However, Navid was sentenced to death on the basis of the forced confessions and the Supreme Court upheld their sentences and their request for a retrial has been rejected.

Navid Afkari is one of the defendants in the August 2018 protests who was sentenced to qisas (retribution-in-kind) by the Revolutionary Court on charges of being the “principal in a murder” and sentenced to death on charges of "moharebeh" (waging war against God). His brother, Vahid Afkari, was also sentenced to 25 years in prison for complicity in the murder.

In the same case, their other brother, Habib Afkari, along with his friend Saeed Arjmand, were also sentenced to prison on charges of "forming an illegal group" with Navid and Vahid.