Political prisoners, Iran 80s mass executions
Share this
Sajedi family had not been permitted to hold a funeral or lay gravestones for their sons until they finally decided to do it in March this year 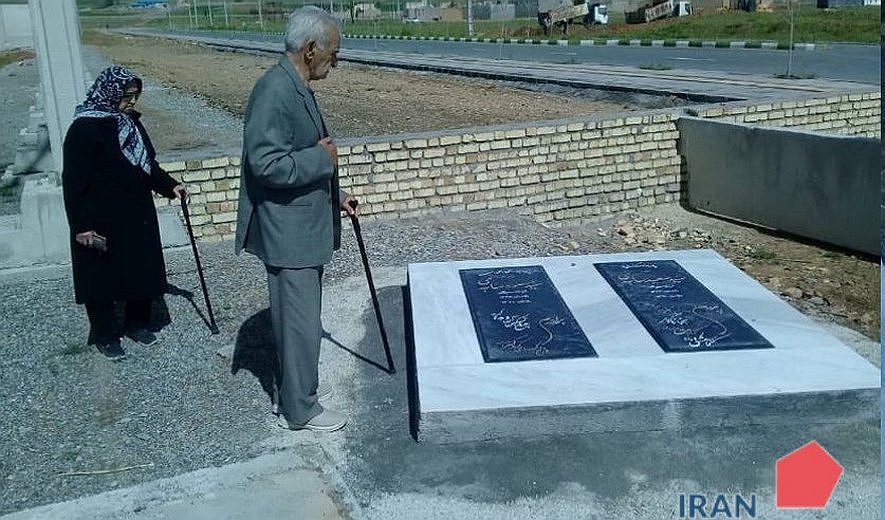 Iran Human Rights (IHR); September 19, 2020: Following increasing pressure on families of the victims of the 1980s executions, the graves of two members of the Sajedi family which were located on private property, were destroyed in Azna (Lorestan Province). The Sajedi family had decided to lay gravestones for their sons, decades after Massoud Sajedi was executed and Saeed Sajedi killed under torture.

According to Iran Human Rights, families continue to be harassed and pressured decades after the extrajudicial group executions of the 1980s. In the latest case of harassment, security forces destroyed the graves of Saeed Massoud (Nabi) Sajedi and Seyed Saeed (Hadi) Sajedi, located in the private grounds of their father’s property in Azna Province.

Massoud Sajedi was arrested for his political activities in 1981 and executed by a firing squad a year later. His twin brother, Saeed Sajedi was arrested by security forces a day after Massoud’s execution. Following 17 days in detention, Saeed had to be transferred from the IRGC detention centre in Azna to Eligoudarz Hospital due to the severity of torture and a ruptured spleen, and was again transferred to “Shahid Rahimi” Hospital in Khorramabad, where he ultimately died due to internal bleeding.

Massoud and Saeed, born in 1954, were 27 at the time of their executions, were both teachers, with Massoud being single while Saeed was married with two children.

Between 1981 and 1988, political activists were executed without fair trials in Iran. These executions culminated in the summer of 1988, known as the 1988 massacre, when thousands of political and minority prisoners were executed on the orders of Ruhollah Khomeini. Many of them had prison sentences and some had already served their sentences when they were executed.