Nasrin Sotoudeh, UN experts
Share this
On 23 September 2020, the Iranian authorities returned Ms. Sotoudeh to Evin Prison from Taleghani Hospital, where she was admitted 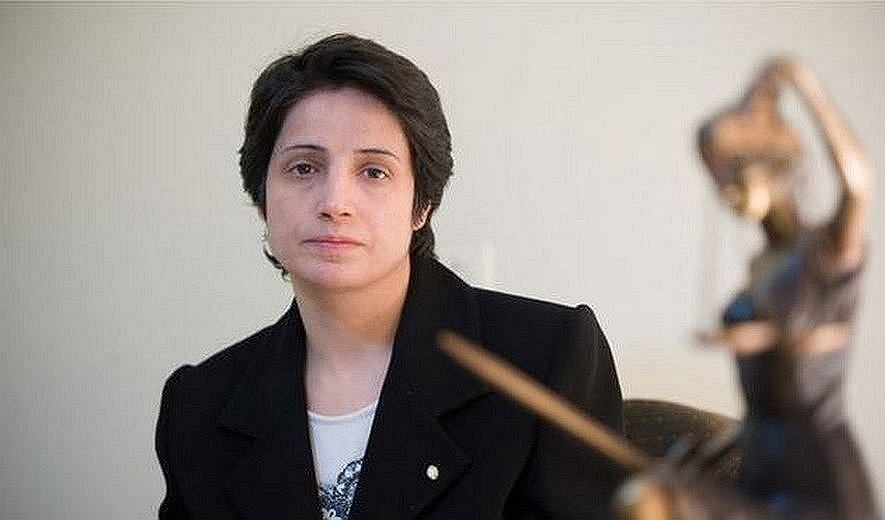 “It is unfathomable that the Iranian authorities would return Ms. Sotoudeh to prison where she is at heightened risk to COVID-19, as well as with her serious heart condition,” the experts said.

“We urge the authorities to immediately reverse this decision, accept her requests to recuperate at home before undergoing a heart procedure, and allow her to freely choose her own medical treatment,” they added.

As well as raising their deep concerns for her health, the experts stressed that Ms. Sotoudeh’s current detention is again allegedly

arbitrary. In 2011, after previously being imprisoned, the Working Group on Arbitrary Detention found she had been arbitrarily deprived of her liberty and called for her immediate release. Ms. Sotoudeh’s current imprisonment comes after she was sentenced in

March 2019 to a combined prison sentence of over 30 years and 148 lashes on seven charges. Iranian law requires that she serve 12 years, the harshest of her seven sentences.

“Ms. Sotoudeh is a recognised human rights lawyer who fearlessly defends the rights of Iranians despite constant State harassment for

over a decade,” the experts said. “She continues to raise her voice to defend human rights despite being imprisoned and in poor health.”

“The evidence suggests Ms. Sotoudeh’s imprisonment, both now and in the past, is State retaliation for her tireless work defending

human rights. She is one of many Iranian human rights lawyers who are currently imprisoned for defending fundamental freedoms. Her convictions and sentences, as well as those of all other lawyers arbitrarily detained in Iran, should immediately be quashed and her case reviewed consistent with fair trial standards,” the experts added.

On 23 September 2020, the Iranian authorities returned Ms. Sotoudeh to Evin Prison from Taleghani Hospital, where she was admitted

on 19 September for a serious heart condition. While in hospital, she was under the surveillance of State security officials, who reportedly obstructed her treatment, blocked family contact and mistreated her. She is also in a weakened condition after refusing food for over 40 days in protest against poor hygiene measures in Iran’s prisons during COVID-19 and the authorities’ refusal to temporarily release detained human rights defenders, lawyers, political prisoners and prisoners of conscience under official COVID-19 directives.

The experts echoed Ms. Sotoudeh’s call for the Iranian authorities to grant temporary release to human rights defenders, lawyers, dual and foreign nationals, prisoners of conscience, political prisoners and all other individuals detained without sufficient legal basis during the COVID-19 pandemic.