Nasrin Sotoudeh
Share this
Parastou Forouhar (artist and daughter of assassinated politician and activists, Dariush and Parvaneh Forouhar) tweeted a message from Nasrin before her return to prison, expressing concern for Ahmadreza Djalali, which she drew 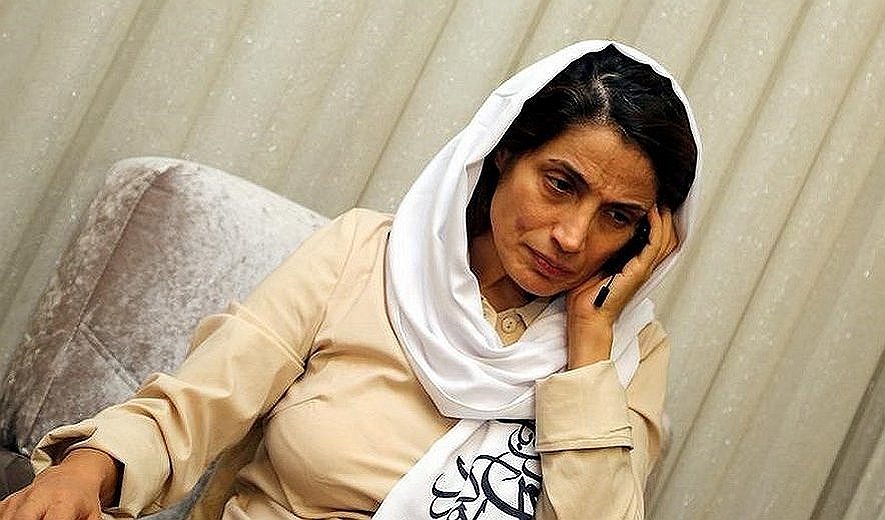 Iran Human Rights (IHR); December 3, 2020: Human rights lawyer, Nasrin Sotoudeh has been returned to prison on the judiciary’s orders despite the state medical examiner’s advice that she is still contagious after contracting COVID-19 and would require another two weeks for treatment. Before returning to prison, Nasrin called the public’s attention to the imminent execution of Ahmadreza Djalali.

Speaking to IHR, Reza Khandan, Nasrin’s husband said: “The day before yesterday, the state medical examiner’s office held a medical commission meeting to examine Nasrin’s current condition. In addition to a cardiologist, the doctors present to examine Nasrin’s COVID-19, opined that she would be contagious for another two weeks, and she would only be able to leave her room or home with a mask on after that period. We were also under the impression that the furlough would be extended for another fortnight. We also thought her previous furlough wasn’t due to end until Saturday, December 5. But today, they unexpectedly called from the prosecutor’s office and asked her to return. They would not listen to anything we had to say and said that we are the ones that should extend her furlough, which we are not doing. Of course, the orders came from the top.”

Parastou Forouhar (artist and daughter of assassinated politician and activists, Dariush and Parvaneh Forouhar) tweeted a message from Nasrin before her return to prison, expressing concern for Ahmadreza Djalali, which she drew.

They told me to return to prison and I will return to prison today. The place where I had left hundreds of my cellmates to come here. Where I left my heart. It is always this way, under the circumstances, I don’t want to talk about how I was unable to hug my children in the past three weeks due to coronavirus. But I feel it is my duty to express my concern on the situation of Ahmadreza Djalali and ask those who can muster support, to pay attention to his case. Free Ahmadreza Djalali, today.

She was arrested again on 13 June 2018 and sentenced to five years in prison in absentia on the charge of "concealing a spy." In a separate case of seven different charges, she was sentenced to 148 lashes and 33 years in prison by Branch 28 of the Tehran Revolutionary Court presided over by Judge Moghiseh. One of the charges against her was “membership in an illegal group”, referring to Legam, the step by step campaign to abolish the death penalty. Given the high number of charges against her, it is unclear how much of the sentence she will have to serve.