Amirhossein Moradi, Saeed Tamjidi, Mohammad Rajabi
Share this
The case of Amirhossein, Saeed and Mohammad sparked a mass online campaign demanding their executions be stopped with the hashtag “اعدام نکنید’’ (do not execute), which was tweeted over 8 million times 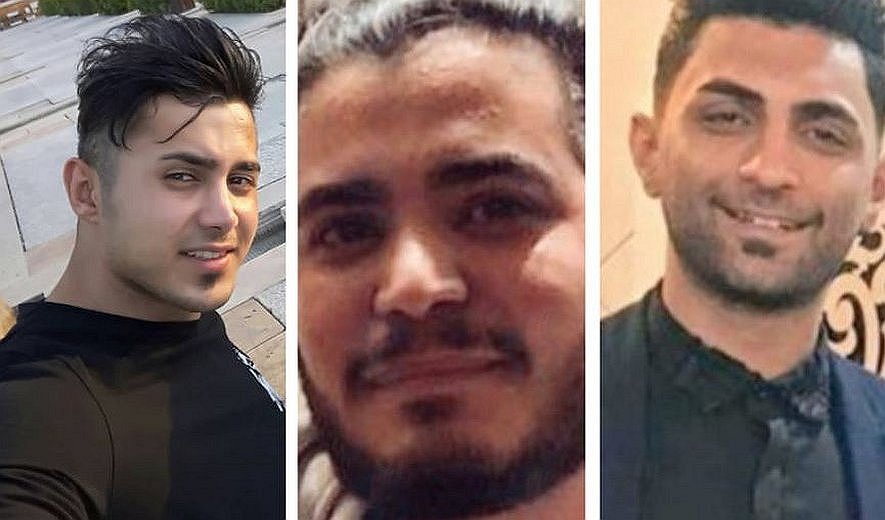 Iran Human Rights (IHR); December 6, 2020: The request for a retrial in the case of three November 2019 protesters, Amirhossein Moradi, Saeed Tamjidi and Mohamamad Rajabi has been granted and their death sentence revoked. Their case is scheduled to be re-examined by a court of equal standing.

Quoting the public relations of the Supreme Court, state-owned ISNA reported that: “on the orders of the Chief Justice, the request for a retrial in the case of the three people sentenced to death in the November incidents has been granted by the Supreme Court and the case will be sent to a court of equal standing for re-examination.”

Yesterday, the three protesters’ defence lawyer, Babak Paknia, also tweeted: “Minutes ago, while at the Supreme Court, it was officially announced that the death sentences of Amirhossein Moradi, Saeed Tamjidi and Mohammad Rajabi were revoked by the Branch One of the Supreme Court and their case will be sent for re-examination at a court of equal standing in the coming days.”

Amirhossein, Saeed and Mohammad were initially tried by Branch 15 of the Revolutionary Court of Tehran, presided over by Judge Salavati in February 2020. The Court sentenced the three men to death, 222 lashes and a total of 38 years in prison on charges of “participating in destruction and arson with intent to oppose the system” and “armed action.” In addition to the aforementioned, Amirhossein Moradi was also charged with “participating in armed robbery at night” and “illegally leaving the country.”

On June 21, after human rights organisations published news that the three protesters’ death sentences had been upheld by the Supreme Court, judicial officials issued a denial. However, on July 14, Qolamhossein Esmaeili, the judiciary’s spokesperson confirmed the news that the three protesters’ death sentence had been upheld and accused them of “having links with certain groups abroad.”

The case of Amirhossein, Saeed and Mohammad sparked a mass online campaign demanding their executions be stopped with the hashtag “اعدام نکنید’’ (do not execute), which was tweeted over 8 million times.