Executions, Human Rights, Iran Executions, Ruhollah Zam, Journalism
Share this
Ruhollah Zam, whose Telegram channel had over a million viewership at its peak, had refugee status and a residence permit in France. He was arrested during a trip to Iraq in October 2019 and subsequently transferred to Iran 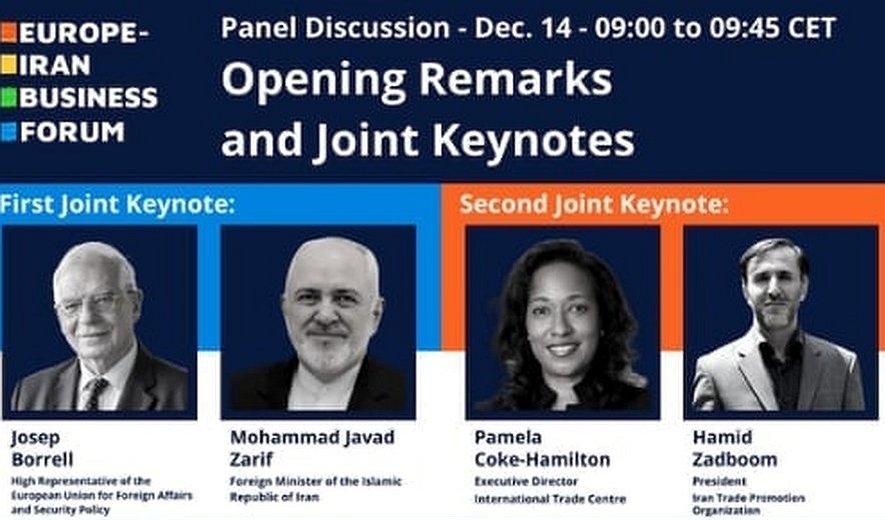 This article has been updated post-publishing. Please read update at the end of this article.

Iran Human Rights (IHR); December 13, 2020: Two days after the execution of dissident journalist Ruhollah Zam, Iranian Foreign Minister Javad Zarif is scheduled to give a joint keynote speech at the EU-Iran Business Forum with Josep Borell, High Representative of the European Union. Iran Human Rights calls for stronger reactions to Zam’s execution by the international community. The verbal condemnations by the European Union, Canada and officials of some EU member states against yesterday’s execution of dissident journalist, Ruhollah Zam are not enough, a government violating human rights must face practical consequences.

Mahmood Amiry-Moghaddam, IHR director and spokesperson said: “Returning to business as usual and the participation of EU representatives in the Europe-Iran Business Forum with Iran Foreign Minister, Javad Zarif, not only undermines the verbal condemnations, but will also be seen as a green light  by the Iranian government to continue the executions and repression.”

Ruhollah Zam’s execution has been strongly condemned by the European Union and some member states. Iran Human Rights calls on the European Union and all countries concerned with human rights issues, to transcend verbal condemnations and set more practical measures on the agenda in the face of this horrific act.

The first step could be to cancel Josep Borrell’s joint keynote speech with Javad Zarif at the Europe-Iran Business Forum. The virtual forum is due to start on December 14 and will feature the German, French, Austrian and Italian ambassadors to Iran over three days. Iran Human Rights draws the ambassadors’ attention to Ruhollah Zam’s execution and calls on the European Union to prioritise the deplorable human rights situation in Iran and place it at the forefront of talks between the EU and Iran. A sustainable agreement between the EU and the Islamic Republic is not possible without addressing Iran’s human rights abuses, including executions and the repression of civil society and human rights defenders.

Yesterday, state-run news outlets reported that Ruhollah Zam had been executed without any mention of the location. Informed sources have since told IHR that Ruhollah Zam was executed at Rajai Shahr Prison in Karaj and was on a dry hunger strike at the time of his execution.

Ruhollah Zam, whose Telegram channel had over a million viewership at its peak, had refugee status and a residence permit in France. He was arrested during a trip to Iraq in October 2019 and subsequently transferred to Iran.

Monday's meeting has been cancelled:

European and Iranian policymakers continue to engage in the necessary dialogue to establish the appropriate conditions for effective economic diplomacy.

A statement from the organizing committee of the #EuropeIranBusinessForum.https://t.co/4jRje4DfKD pic.twitter.com/ozNFphiPVU

UPDATE: Iran Human Rights welcomes the postponement of tomorrow's EU-Iran Business Forum and stresses that Iran’s #HumanRights record must be the main subject of any negotiations or dialogue between the EU and the Islamic Republic of Iran.https://t.co/3AV59YBH44