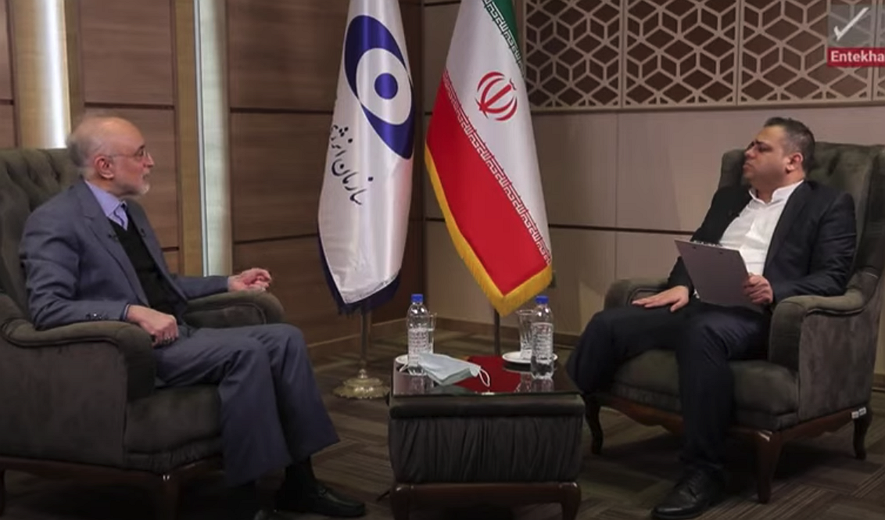 Iran Human Rights (IHR); December 24, 2020: In a recent interview, Ali Akbar Salehi, the current head of the Atomic Energy Organisation and former Foreign Minister of Iran states that it is better for the nuclear issue to be the challenge between Iran and the West, and not issues like human rights.

Ali Akbar Salehi discussed the challenges between Iran and the West over Iran’s nuclear program in an interview with the Entekhab website on December 21. In the interview he says: “What I am actually saying is how good it turned out that the nuclear (issue) and not human rights, became the challenge between us and them (the West).”

Watch this part of the interview with English subtitle:

Explaining his statement, Mr Salehi says that human rights is an abstract, philosophical and inferential debate, that cannot be agreed upon with the West.

Noting the universality of the principles of human rights that are inherent to all, Iran Human Rights reminds Mr Salehi that issues such as torture, breaching the rights to due process, a fair trial and access to a lawyer, inhumane punishments like flogging, amputations, the execution of minors and shooting protesters on the streets, are not “abstract, philosophical or inferential”, but are breaches of human rights and dignity.

Iran Human Rights has repeatedly stressed the need for human rights to be prioritised at any negotiations and talks between Iran and the international community.

In an op-ed published in The Globe Post on December 11, emphasising the short-sightedness of excluding human rights from negotiations, Mahmood Amiry-Moghaddam, IHR Director  wrote:

If Iran’s democratically elected leaders were held accountable for their actions, all citizens treated equally regardless of their gender, ethnicity, sexuality, religious and political belief, would its nuclear program still pose the same threat as it does today?

Democratically elected governments cannot afford to spend billions of dollars on nuclear programs when workers and teachers have not been paid and millions of people live in poverty and don’t have access to healthcare or education.

He concluded by calling on democratic nations to “prioritise a human rights based foreign policy. Not only because of the values and principles that are the basis of our rights system but because sustainable peace and stability cannot be achieved without human rights.”